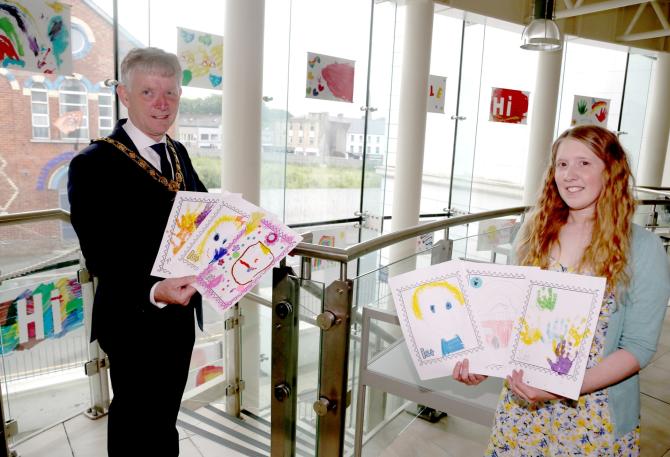 The Mayor, Alderman Mark Fielding and Museums Officer Jamie Austin pictured with some of the artwork created by children during Playful Museums Week.

BALLYMONEY Museum re-opened its ground floor galleries on May 26th with a new temporary exhibition, Partition in Ireland: Partition of Ulster.

Exploring the period 1919 -1922, it connects local stories to national and international events including soldiers returning from battlefields, the Spanish flu epidemic, the suffrage movement and changing role of women, civil unrest, rising unemployment, technological changes and the Anglo-Irish Treaty which brought to a formal end the Anglo-Irish War/Irish War of Independence.

Newspapers, diaries and museum collections record local experiences of, and responses to, these significant changes.