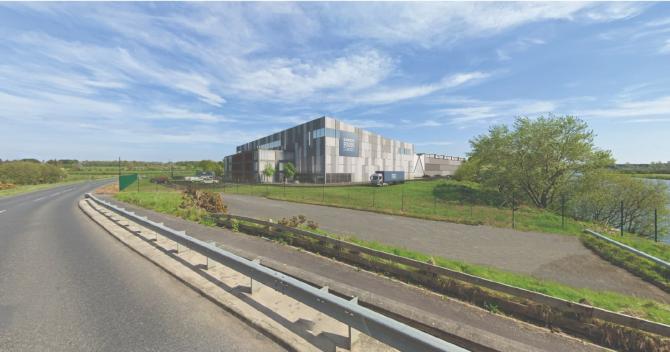 Computer model of what the proposed pig processing plant at the Agivey will look like.

THE next stage of the planning process to see pig processing return to the old ‘bacon factory’ at the Agivey, near Bendooragh looks set to take place very soon.

Back at the beginning of May The Chronicle revealed plans for a massive £75 million redevelopment of the site, promising to be one of the biggest pig processing plants in Northern Ireland and potentially bringing up to 400 jobs to the area.

Once up to 40% of the province's pigs were killed and cured at the 12 acre Lovell and Christmas site near Bendooragh, until fire in 1998 destroyed livelihoods and ended production.