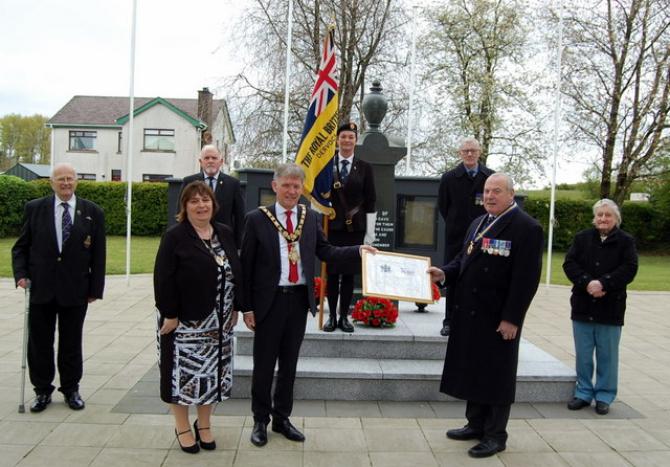 DERVOCK marked VE Day last Saturday (May 8) with a short; but special service in the village, with a wreath being laid by the Mayor of Causeway Coast and Glens (CC&G).

Though muted, due to government restrictions regarding COVID19, for many this is a day that symbolizes hope for all communities.

On Tuesday May 8 1945 hostilities ceased against the forces of European fascism led by German dictator Adolf Hitler, which later became known at VE or Victory in Europe Day.