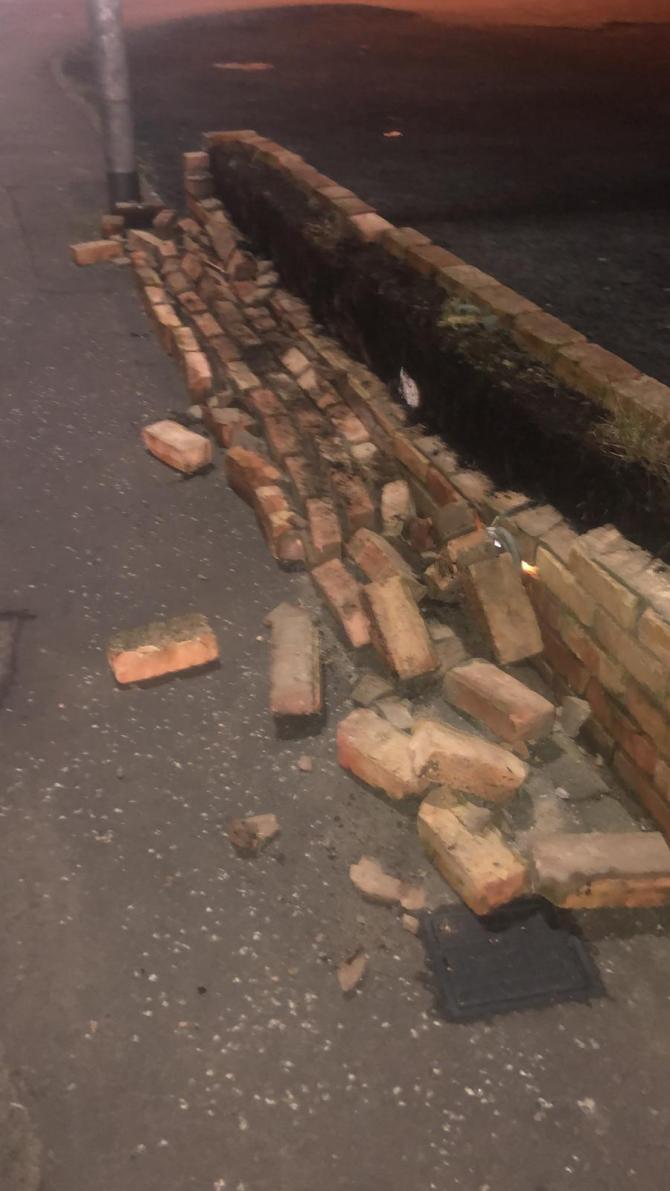 A wall outside a Cloughmills restaurant destroyed at the weekend.

ELDERLY Cloughmills residents are being left terrified by vandalism, intimidation and assaults, carried out by young people, some as young as 10, in the village.

Sinn Féin Councillor Cathal McLaughlin made his claim as police say that up to a dozen youths were 'drinking and causing a disturbance' on Main Street last Saturday (Februar 27) evening, with a wall being knocked down outside a restaurant in the village.

Councillor McLaughlin says he will be meeting police and other statutory bodies shortly to co-ordinate a response to the problem.

Cllr McLaughlin said: “There has been an issue with anti-social behaviour involving a number of youths over recent months.