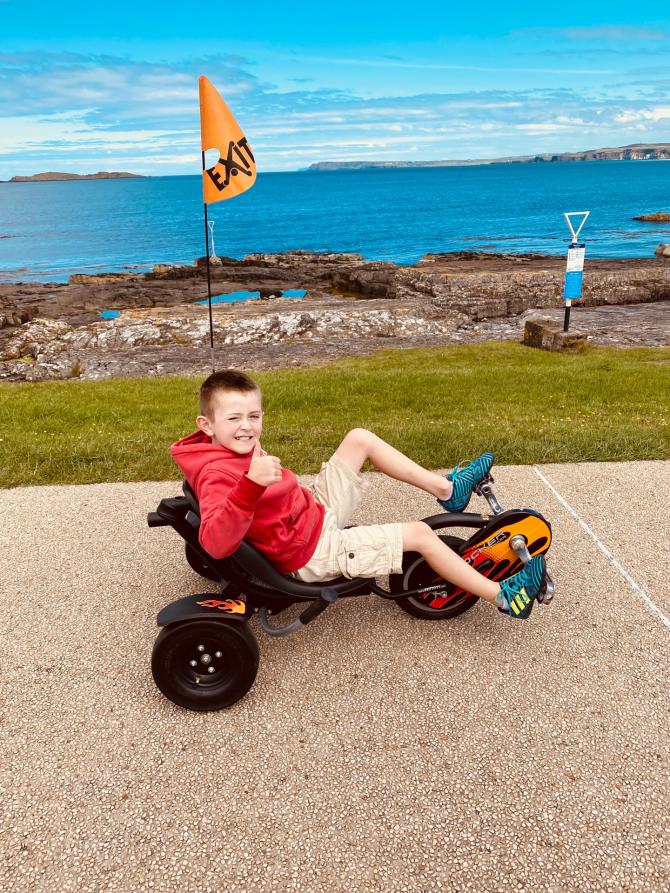 Caden Moore has been shortlisted for the John Petchey Young Hero of the Year award at the Anthony Nolan Supporter Awards 2020.

A YOUNG Ballymoney stem cell transplant recipient is set to be honoured by blood cancer charity Anthony Nolan, at a digital awards celebration next month.

Caden Moore, 10, has been shortlisted for the John Petchey Young Hero of the Year award at the Anthony Nolan Supporter Awards 2020.

The prestigious Anthony Nolan Supporter Awards are back for their eighth year and will recognise the outstanding achievements of the volunteers, fundraisers, clinical supporters and donors who help the pioneering blood cancer charity save lives.

The awards ceremony is usually held at the Tower of London, but with mass gatherings of this nature currently unable to take place there will be a digital celebration instead, where celebrities and other specially invited supporters will announce the winners of each category in specially pre-recorded films.