Tributes to James ‘The Indian’ McCook 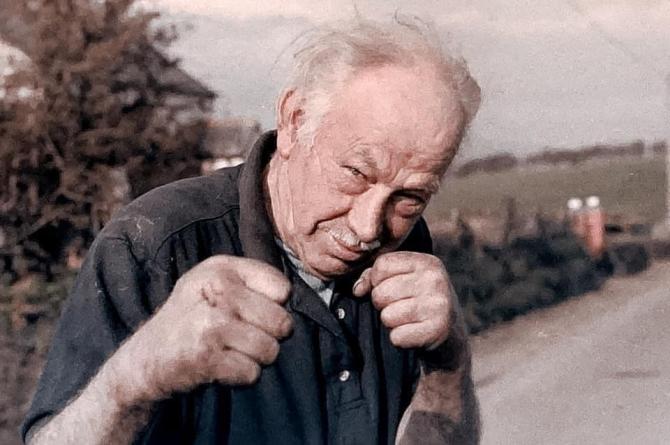 James' The Indian' McCook, who passed away at the weekend aged 92.

TRIBUTES have been paid to one of north Antrim's great characters, James ‘The Indian’ McCook, who passed away on Saturday (January 9).

92-year-old Mr McCook, of Ballykenver Road near Armoy, died in Causeway Hospital and his lovingly remembered by the large family and his friend Pearly.

Speaking on social media his nephew Frank described his uncle, as “one of the last great characters!”

Frank said: “It is with great sadness that I heard of his passing at the age of 92 , the kindest man with a side splitting sense of humour, he could keep you enthralled with stories and tales from an era that has now passed, for hours on end.