Declan whistles his way to raising funds for Ballymoney Foodbank 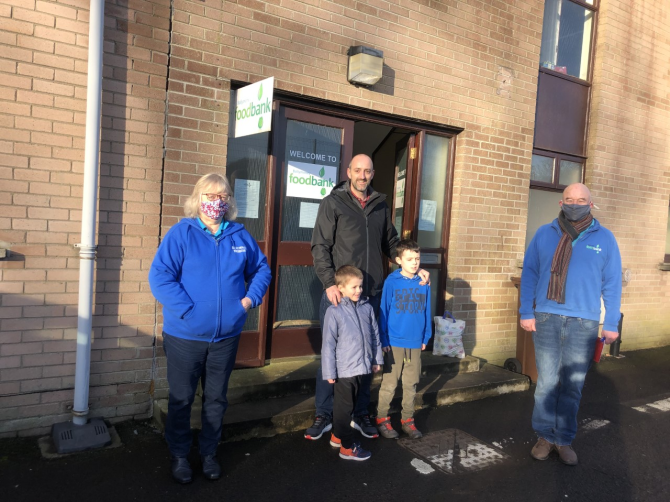 Declan Hassan accompanied by his two sons present a cheque of £1280 to Peter Rollins and Valerie Archer of Ballymoney Foodbank.

AN IRISH League official has swapped his whistle for a pair of running shoes as he ran 5k for 20 consecutive days in December.

Declan Hassan, who is originally from Limavady but now hails in Ballymoney, completed the feat just before Santa arrived and raised some valuable funds in the process.

The IT Manager at Moore NI Accountants raised £1280 for Ballymoney Foodbank and presented his cheque last week.

Speaking to The Chronicle, the father-of-two insists he was simply delighted to support a local charity.

“I wanted to do the challenge before Christmas and I thought about 5k every day for 20 days which obviously works out at 100k,” Declan explained.