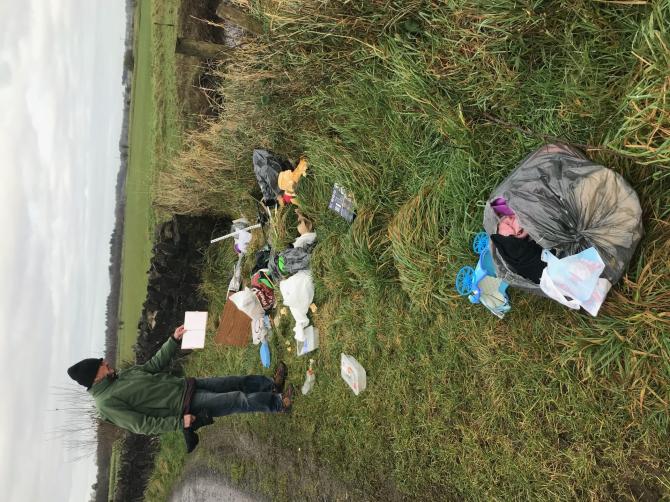 Mr David Farrell picks a note book found in a pile of fly tipped litter on the Conagher Road.

CONAGHER Road, one of the pleasantest little roads on the north side of Ballymoney and used by many people out for a dander, is being spoiled by fly tippers.

“A damned disgrace” is one regular walker described the scene of rubbish strewn across verge near the Gushy Bridge last week.

So annoyed was Mr David Farrell that he sent in a picture of the mess to The Chronicle, showing himself retrieving an address book that has been since handed over to the council.

David said: “My wife and I walk on this stretch of road every day and that is only one example of rubbish everywhere on the verges and side ditches and its a damned disgrace.