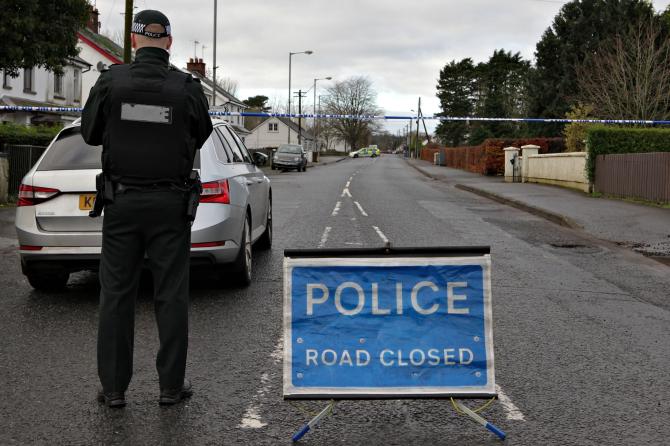 Knock Road in Dervock closed as the police deal with suspect devices in the town. WK49KC03BM

A DERVOCK community leader has made an impassioned plea to those who “orchestrated” last week's spate of pipe bombs to “please stop” as residents feel they are a “village under siege".

Dervock and District CA Chair, Frankie Cunningham also called upon police and elected representatives to “challenge these perpetrators” before they establish themselves in “a culture of rising vigilantism.”

Mr Cunningham made his remarks after Dervock and Derrykeighan were sealed off for all of last Thursday after three pipe-bombs were left outside properties in the villages, believed to be part of an ongoing feud.