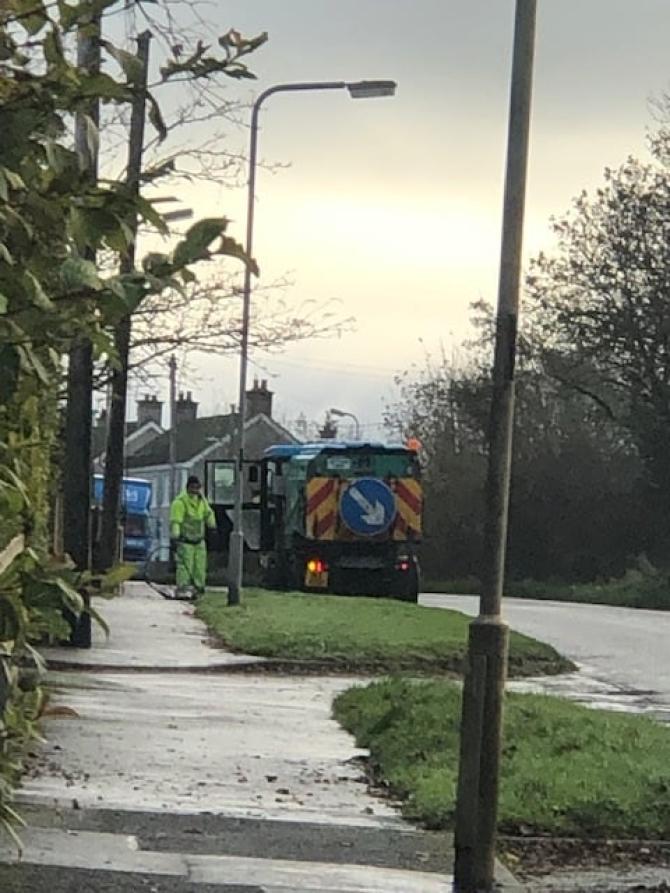 Council vehicle out hosing and disinfecting the road near Landhead Primary School last Thursday morning after an inconsiderate dog owner did not clean up after their pet. SPB2046-004

DOG fouling was so bad outside Landhead PS last week that the council had to be called to clean and disinfect the whole area.

Landhead Principal Michele Henry has praised Causeway Coast and Glens Borough Council (CC&G) for turning out quickly and appealed to dog owners to walk pets responsibly and clean up mess.

Miss Henry believes the culprit was a jogger with a dog as she said: “On Tuesday (November 3) night a jogger, with a dog, passed the school gates at 6.30pm.

“The dog left a large deposit right at the double gates which subsequently was driven over and spread.