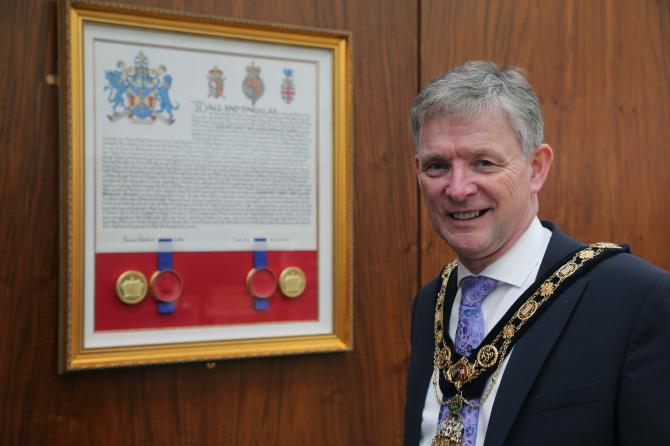 The Mayor of Causeway Coast and Glens Borough Council, Alderman Mark Fielding, pictured with the Letters Patent which is now on display in the Council Chamber in Cloonavin.

AUSEWAY Coast and Glens Borough Council has received its Letters Patent from the Royal College of Arms in London, officially granting the borough its coat of arms.

Letters Patent is the legal instrument traditionally issued by a monarch granting an office, title or status.

With a design which captures the history and culture of Causeway Coast and Glens along with the Latin motto - Integerrime Servire (Service with Integrity) - the Coat of Arms represents a significant civic milestone for the council.