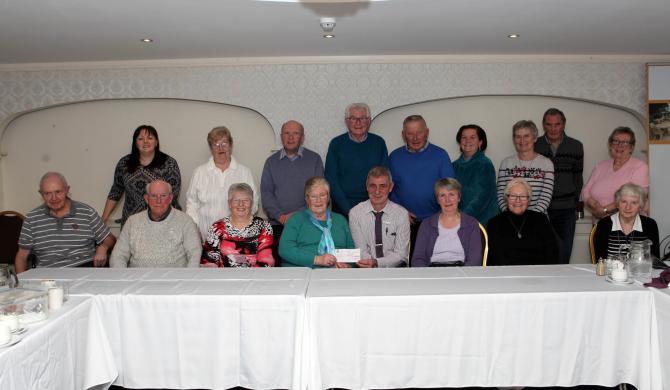 Members of Dalriada Branch Parkinsons Support Group pictured at an event prior to the coronavirus pandemic.

A NORTH Antrim woman is toasting success after receiving a British Empire Medal (BEM) in the Queen’s Honours List.

Sandra Moore, who grew up in Armagh but now lives in Ahoghill, was the recipient of the award for her work with Parkinson’s Support NI.

The 74-year-old is an honorary treasurer for the North Coast Dalriada branch which takes in towns like Coleraine, Ballymoney, Ballycastle and further afield.

Sandra was diagnosed with Parkinson’s in January 1999 and ever since has had to adapt to a new lifestyle.