Calls for ‘urgent action’ before someone gets hurt 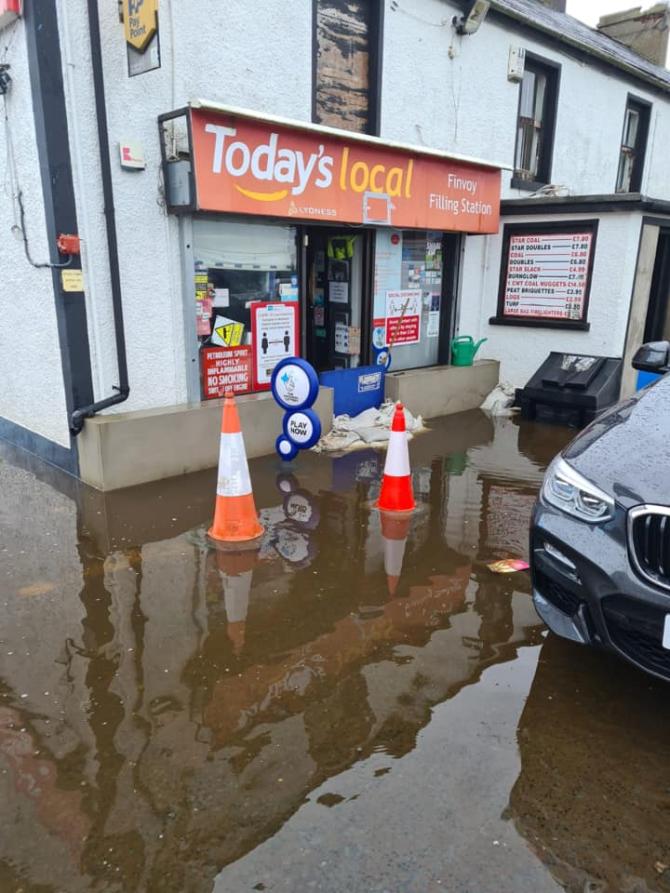 Flooding at Finvoy shop, the fifth time this has happened.

SOMETHING needs to be done before someone gets hurt, a Finvoy businessman had said in the wake of the massive weekend flooding in the hamlet caused by Storm Alex.

Shop and Filling Station owner Mr Sean Maguire, who was flooded for the fifth time on Sunday (October 5), has called upon statutory agencies to step up and take responsibility for investing the cause of the flooding and resolving it.

Describing Sunday's scenes as “unbelievable” Mr Maguire said, “Cars on the busy road were aquaplaning, the force of spray from one car was blinding the others.