No accidents since ‘STOP’ signs

Call for STOP sign roll out as tragic anniversary marked 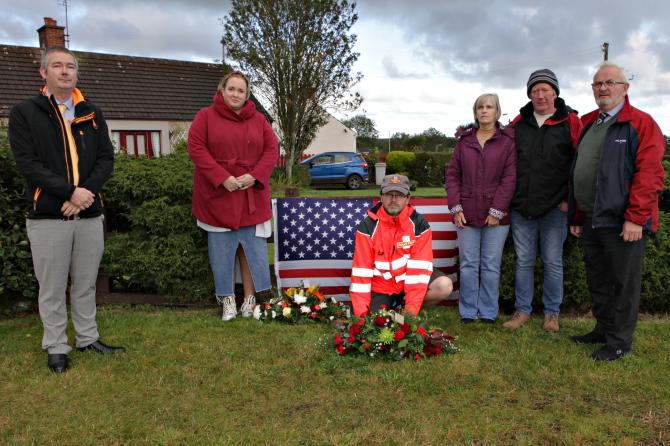 Marking the death of Michael Monroe.

REPORTS suggesting that there have been “no accidents” since the erection of ‘Stop’ signs at the Gracehill and Bregagh roads junction where an American honeymooner lost his life, have been warmly welcomed by a road safety campaigner.

Mr Chris Sherrard, of the ‘Life After’ charity, was one of those who attended a memorial service last Friday morning to the memory of US honeymooner Michael Monroe who lost his life at the junction exactly two years previously on September 25 2018.

Speaking to the Chronicle, Mr Sherrard said, “Shortly after Michael's memorial service at the junction, I was contacted via social media by a local resident who told me that to the best of their knowledge there had been no accidents at the Bregagh Rd Gracehill Rd junction since the erection of the STOP signs and the painted STOP messages on the road last November.”