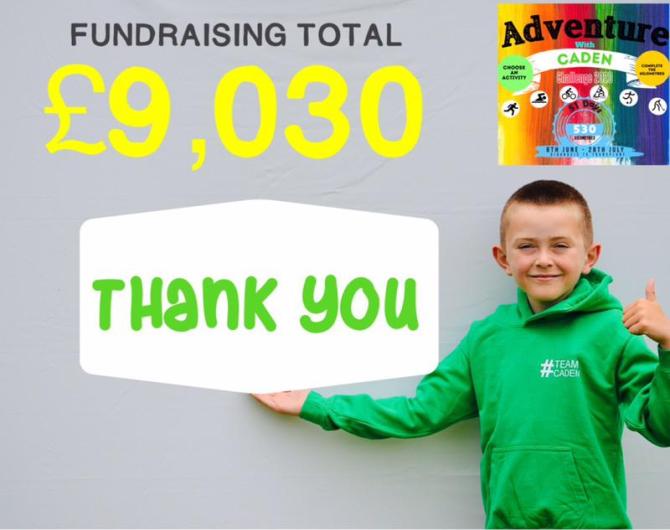 Caden Moore expresses his gratitude for those who took part in the ‘Adventure with Caden Challenge 2020’ as £9,030 was raised for three different charities.

AN inspirational Ballymoney schoolboy has helped raise over £9,000 for three different charities that helped him during his battle with a very rare disease.

This essentially means Caden was unable to produce any blood. His bone marrow was not working and he was given a very bleak outlook and would require a bone marrow transplant to save his life.

On the 28th July 2017, Caden received the gift of life from his then 10 year old brother Ben. The bone marrow transplant was carried out in The Royal Children’s Hospital in Bristol after a very gruelling chemotherapy regime.