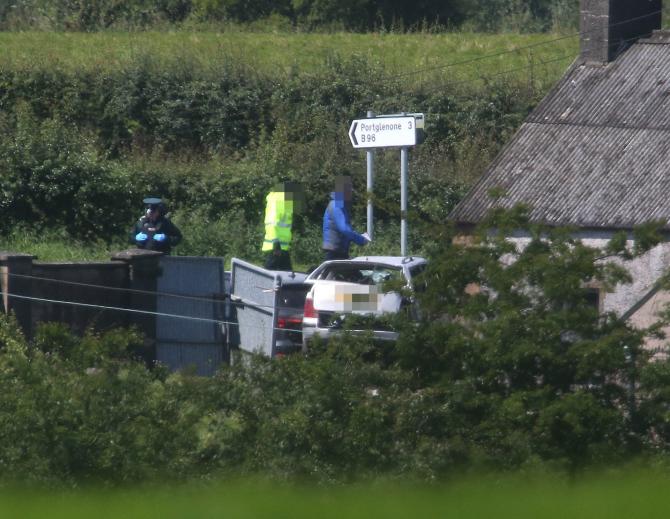 THE deaths of three people involved in a two-vehicle road traffic collision outside Portglenone yesterday has sent "shockwaves" around Kilrea, a local MLA has said.

Married couple Paul and Varena Creelman, and her brother Phil Hegarty, who were all from Kilrea, were killed outside Portglenone on Monday.

The three victims, thought to be in their 50s, were travelling in a silver Volkswagen Passat on the Lisnahushin Road when the collision occurred.

The man driving the second car, a black Audi, was taken to hospital as a precaution.

“The news of the accident has sent shockwaves around Kilrea.

“The community is shocked and saddened to learn of the tragic accident just miles outside the town.

“It has left people reeling and my thoughts and prayers are with everyone affected at this time.

“The Police are appealing to anyone who witnessed this collision, or who may have captured dash cam footage, to contact them on 101 quoting reference number 591 27/07/20.”

SDLP Kilrea-based councillor, Helena Dallat O’Driscoll, has expressed her heartfelt condolences following the tragic deaths in a road traffic accident on the Lisnahunshin Road, outside Portglenone.

“I was filled with sorrow when I learned of this terrible accident. The local community is likewise shocked and saddened.

“It is a very sad day for Kilrea, particularly the residents of Coleraine Street. I wish to express my deepest sympathies to the Creelman and Hegarty families.

"I know that the people of Kilrea will rally around them at this awful time to provide every support that they may need.”

Sinn Féin MLA Philip McGuigan has said the local community has been left shocked and saddened following the multiple deaths in a road collision near Portglenone.

"People have been shocked, saddened and devastated by this accident and the resultant deaths.

"This is a terrible blow to all those involved in this incident.

"Any death on our roads is one too many and incidents like this are a reminder of the vital importance of road safety.

"My heartfelt thoughts and sympathies are with the families, friends and loved ones of those who have lost their lives in this tragic incident."