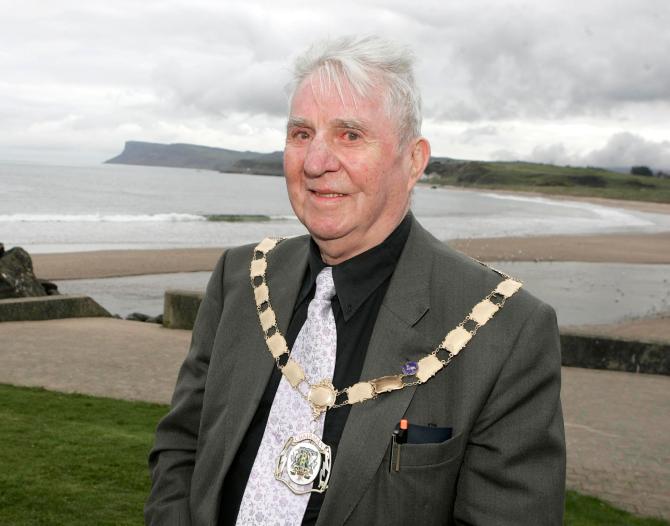 The Independent Councillor and Lisnagunogue native held the distinction of being the longest serving councillor in the Northern Ireland finishing his service in 2011 after 54 years.

Chairman of Moyle District Council on no less than six occasions, he was awarded an MBE in the Queen's New Year's Honours List in 2003 for services to local government.

Fellow Independent Councillor and former colleague Padraig McShane said it was a sad day for the people of the former Moyle District Council.

"It is not cliche to say, but Price really did serve everyone with distinction. He was ahead of his time. His work to unite the community predated the Good Friday Agreement.

"He plied his trade in and around the streets of Bushmills, all along the Causeway, Liscolman, Mosside and of course his beloved Lisnagunogue. He will be missed by many within the communities he served.

"I know all his former colleagues in Moyle from across the political spectrum will be saddened at the news of his passing today.

"To his family and large circle of friends I take this opportunity to extend my deepest sympathies. Today we collectively mourn the passing of a gentleman".