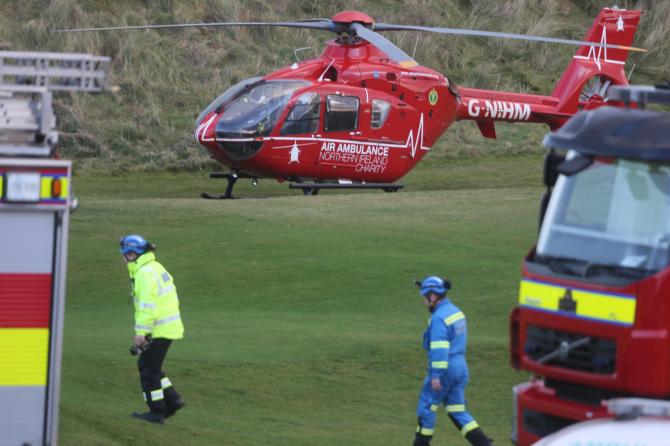 The scene of the major incident at Ballycastle beach last December

A BALLYCASTLE woman has been recognised with a national award after putting her life on the line in a bid to drag two swimmers from the sea after they were overwhelmed by rip tides and high waves.

Thanks to Aine’s brave actions one of the women was saved — however, mother-of-two Deirdre Mcshane (58) passed away at the scene.

NIFRS, HEMS, NIAS,HMGC RNLI, and police were all tasked to the North Coast beach but Deidre’s life couldn’t be saved.

Due to her act of heroism, Aine has been awarded a top national bravery honour, a Royal Humane Society Testimonial on Parchment.