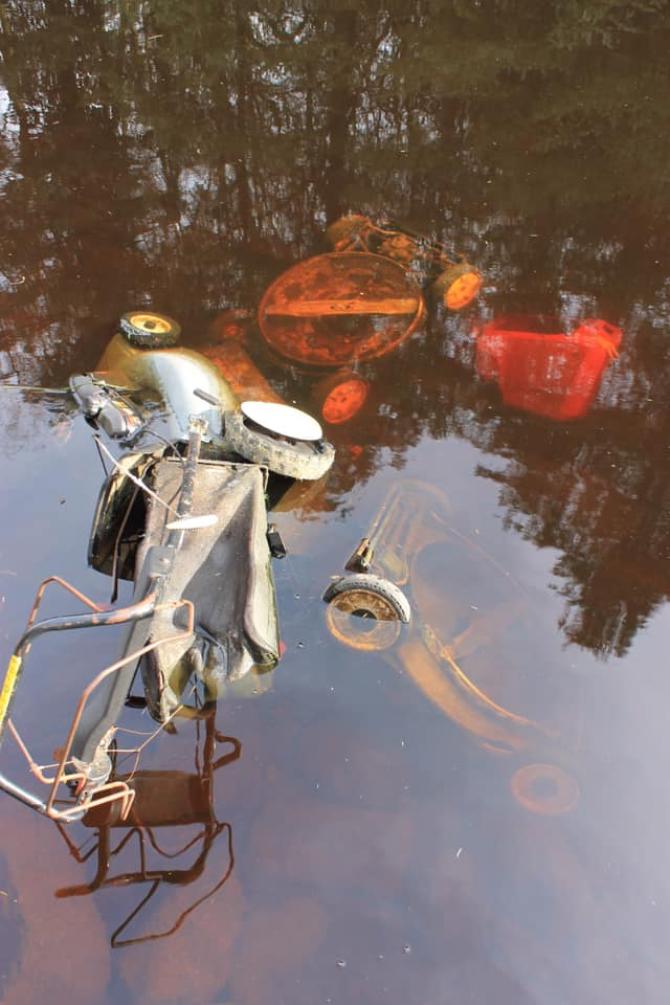 Four lawnmowers were removed from Tilly Molloy's in Armoy and dumped into the River Bush on March 3. SPB12-22.

Armoy Community Association has thanked members of the public who have donated funds for two new lawnmowers for the village.

The local community was shocked in the early hours of Monday, March 4 when intruders broke into Tilly Molloy’s and removed four lawnmowers from the premises.

Later that day, it was revealed that the lawnmowers had been dumped in the nearby river and were subsequently not fit for use.

The cost to replace the pieces of machinery was estimated to be in excess of £1,000.

The matter has subsequently been reported to the PSNI.

It was a blow for the local area and in particular, Eddie McLean, who helps to keep the village looking neat and tidy for residents and indeed tourists.

Comments on the ‘Armoy Community Association’ Facebook page condemned those responsible for the damage caused to the lawnmowers.

Suzanne Reynolds wrote: “A disgrace, Eddie keeps the village so tidy. It’s a credit to him and we all appreciate his hard and committed work!”