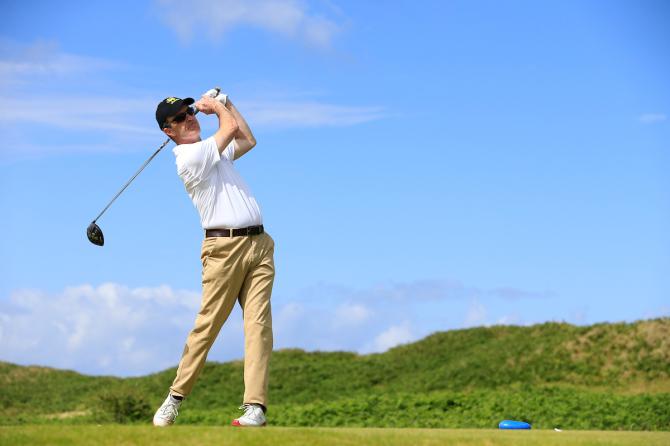 ENGLAND'S Stuart Brown is the leader after the opening round of the Irish Senior Men's Amateur Open Championship at Donegal Golf Club.

The Castle Eden golfer was the only player to play the Murvagh links under par and lies on -1, a shot clear of Castlerock’s David Mulholland.

Mulholland lies a shot back after a level par round of 73.

A bogey on the 18th meant he dropped two shots on the back nine after going to -2 through 10 holes.

Scotland’s Derek Paton eagled the 18th to move into third place and lies on +2.

The Dunnikier Park golfer had an eventful round that included a double and triple bogey, along with two birdies and his concluding eagle.

A group of three - including Portstewart’s Mark Windebank - are on +3, with six others completing the top-10 on +4.