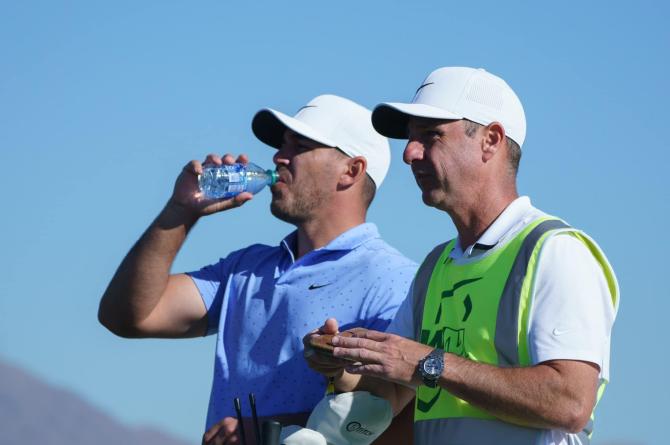 Portrush man Ricky Elliott, on the bag for another big win for Brooks Koepka at the weekend.

PORTRUSH caddy Ricky Elliott was all smiles on Sunday as American Brooks Koepka carded a final-round 65 to secure victory at the Phoenix Open.

The four-time major winner, with Ricky on his bag again, made two eagles, three birdies and one bogey in his six-under-par round as he finished on 19 under overall at TPC Scottsdale.

Schauffele had led overnight with Jordan Spieth, who finished on 17 under after a closing 72.

American James Hahn was in a promising position at the turn but shot four bogeys in his final eight holes, finishing with a 69 which left him 15 under for the tournament.

"I love this place. This golf course is always fun. It feels good," said Koepka.

"I like the way I finished it off - I hit a lot of quality shots down the stretch.

"To hit golf shots like I'm accustomed to seeing and when the pressure is on is a good feeling."

PSNI officers stopping cars moving in and out of Portrush on Sunday.

PSNI officers carry out patrols across north coast on Sunday