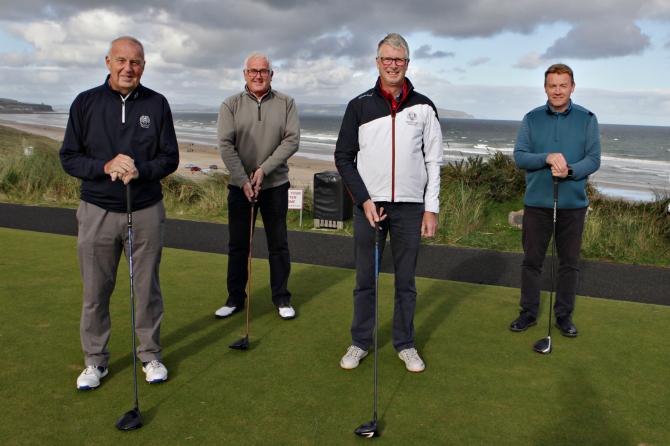 BRAD Stewart was in fine form at Castlerock Golf Club this weekend as he won the William Boyd Memorial Cup with a level par round that gave up 41 points to the five handicapper.

A dropped shot at the Leg o’ Mutton fourth was levelled up by his birdie two at the ninth for Brad’s level par front nine that earned him 21 points.

His inward nine was similar, a bogey four at the short 16 followed by a birdie four on17 and another level par nine hole tally for 20 points.

The resulting 41 total was a point up on the rest.

Rathmore Golf Club members, meanwhile,  were competing in their second Turkey competition of the year and it came down to countback to put Hilary Dooey’s 43 point card into first position.

Portstewart Golf Club’s Riverside sweep was won by Nigel Scott with a score of 40 points from his handicap of 28 last weekend.

Trevor Moore won the Bamford Trophy at Bushfoot Golf Club last weekend with a score of 41 points from his handicap of 12 and it took a tie break with Alan McVicker to do it.

Finally, the NE Golfing Alliance new season will commence on Thursday October 15 and will be hosted by Royal Portrush Golf Club on the Valley links.

For full reports and scores get The Chronicle newspaper each Tuesday morning...