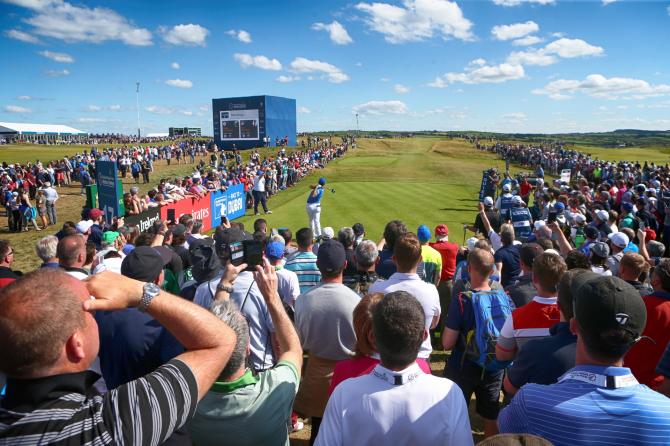 Spaniard Jon Rahm was a popular winner of the Dubai Duty Free Irish Open at Portstewart in 2017.

HOPES that Portstewart Golf Club would host the 2021 Dubai Duty Free Irish Open appear to have been dashed with the news that Glagorm Castle will host this year’s event next month.

The Ballymena venue steps in at the last minute to deputise for Mount Juliet in the Republic of Ireland, which was to have staged the tournament originally.

Because of the coronavirus pandemic and strict regulations in place south of the border, the Kilkenny course was unable to fulfill its commitments, given the expected influx of golfers from various parts of the world.

However, it appears that the venue will get to host the prestigious tournament next year as a consolation for missing out in 2020.

And that would seem to spell bad news for Portstewart Golf Club.
Reports emerged in the media last November that the Strand Links would stage the event next summer for a second time in four years, having successfully staged the event in 2017.

It was reported that the news had been announced at the club’s annual general meeting, though no official confirmation was ever received from the club.

Full story in this week's Chronicle.