'Stakeholder groups' working on the Ulster-Scots Language, Culture and Heritage strategy revealed by the Department 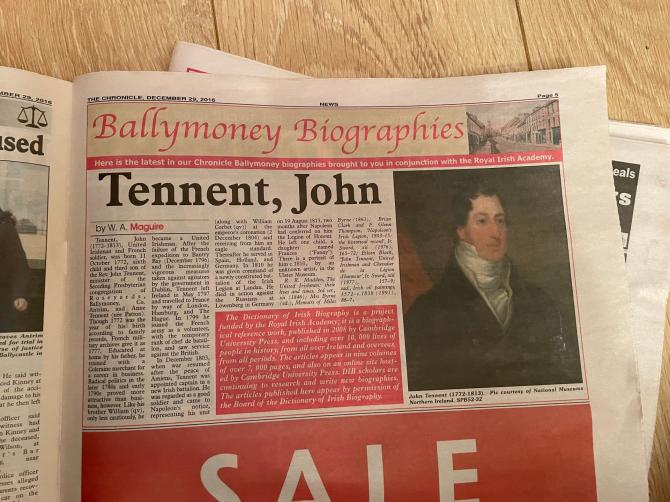 THE Department of Communities have revealed the list of ‘stakeholder groups’ that will inform the new Ulster-Scots strategy currently being developed in parallel with the Irish language strategy.

They did so after being asked for an update on the progress of the strategy by The Chronicle after the consultation period for the  Expert Advisory Panel Ulster-Scots Language, Heritage & Culture, Strategy report closed at the end of April.

Their 134 page report is now being considered by the Co-Design Group among others.

There are no dedicated language groups on the list, except perhaps the Belfast Burns Association.

This is part of the ongoing process to develop Irish Language and Ulster-Scots Strategies, begun in June 2021 by Communities Minister Deirdre Hargey

A DfC spokesperson said, “The Expert Advisory Panels for Ulster-Scots language, heritage and culture, and for Irish language, each produced reports for the purposes of providing recommendations to help inform the development of new strategies.

“Consultation responses received are currently being analysed by DfC NISRA colleagues. The analysis will help inform the development of the draft strategies.

“As part of the co-design process, two Co-Design Groups have been established, composed of stakeholder groups from across the Ulster-Scots language, heritage and culture sector and the Irish language sector. Co-Design Groups will help inform the development of the draft strategies.

“A Cross-Departmental Working Group made up of departmental officials has also been established to develop action plans associated with each of the strategies.