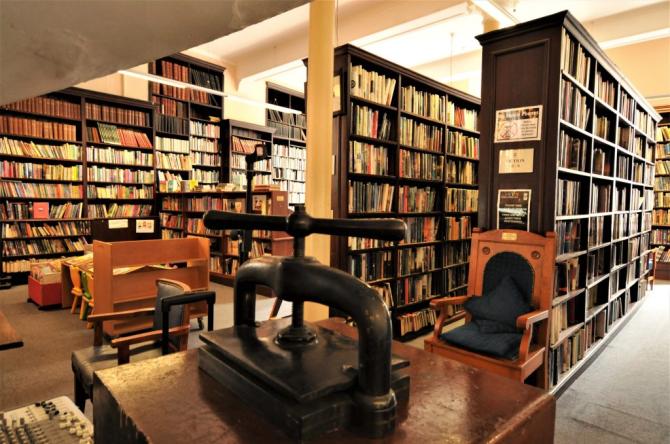 NORTH Antrim has scooped up the two top slots in the inaugural Linen Hall Ulster-Scots writing competition, with the winners announced at a special ceremony to mark Ulster-Scots Language Week, in the library on Friday.
First prize in the prose category went to Chronicle Journalist Alan Millar from Ballymoney for ‘Sam an Jeck speel Parnassus tae see Rabbie Burns’.
Alan said he was “delighted” to have won and thanked the competition organisers and the judges for all their hard work.
“This will be a great encouragement to me,” he said, “and I hope this competition becomes an important fixture in the Ulster-Scots literary calender.”
In the poetry category Ballycastle woman Angela Graham gained first place for ‘A Heerd tha Sodjer on tha Radio'.
Angela said: “It is a great honour to have won First Prize in the poetry section. Writing in Ulster-Scots is a key part of my work as a writer. I’d like to pay tribute to the many people who, over decades, have worked tirelessly to conserve and develop Ulster-Scots and make it accessible.”
Second prize in prose was awarded to Angeline King for ‘Lang Toon Hotel’.
Gray Morgan picked up second place in the poetry section for his ‘The Confeshion’.
The winners received a cheque for £500 and the runners-up a cheque for £250.
The competition was launched earlier this year to help people understand more about the Ulster-Scots language.
The distinguished panel of judges included Ulster University’s Dr Frank Ferguson, Ulster-Scots Agency (USA) Director of Development Gillian McMaster, and Scottish poet Stuart Paterson.
Dr Frank Ferguson commented on the winning prose piece saying: “An inventive bringing together of history and fiction. Excellent attention to detail in both description and linguistic flair. A very nicely paced story that places you in the head-space of the protagonists and captures a sense of the people that they might have been rather than the legends that are often depicted.”
Commenting on the winning poem, Stuart Paterson said: “Very relevant, thematically, speaking in a common everyday voice in the common everyday language of the place where the emotions originate. This is a really touching and heartfelt piece of work made even stronger by the Ulster Scots in which it speaks truths in a non-narcisstic and open way to which many could relate, agree and recognise in the modern world it speaks of.”
Linen Hall Director Julie Andrews says: “The quality of work submitted was excellent and confirms the popularity of the Ulster-Scots language. We thank the Ulster-Scots Agency for sponsoring this new competition which we hope will become a regular event in the calendar year.”
The USA's Gillian McMaster continued: “It’s vital that we continue to create new opportunities whereby people can express, preserve and develop their Ulster-Scots linguistic identity.
“It has been very exciting to see the growth in contemporary Ulster-Scots writing.”
The winning entries will be featured in a limited edition anthology due to be published in 2022.