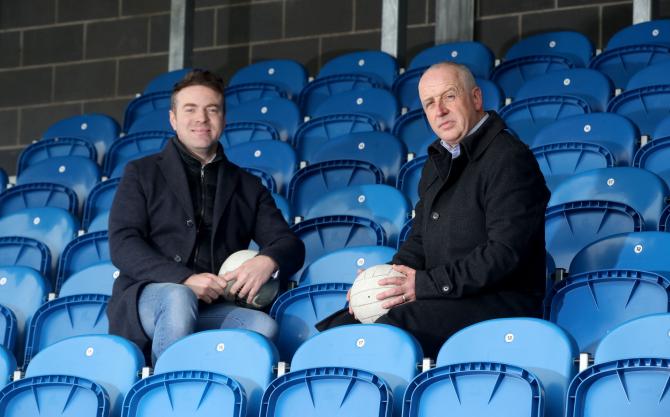 Sporting some of the game’s most valued, respected and talked about opinions, GAA fans can get an unrivalled insight into this year’s Ulster Senior Football Championship with BBC Sport NI’s panel of experts.

The panel is back to cast their analytical eye over six live TV games on BBC Northern Ireland - including the Ulster Final and both semi-finals - giving Peter Canavan, Oisín McConville, Martin Clarke, Mickey Harte and Martin McHugh plenty to talk about.

Not known for sitting on the fence when it comes to calling out the big talking points, the panel join host Mark Sidebottom, commentator Thomas Niblock and the team of sideline reporters keeping viewers up to date with all the pitch-side action.

The live action begins with the double-header that sees Antrim take on Cavan on Saturday (April 23) on BBC Two NI followed by Armagh’s trip to Ballybofey on Sunday (April 24) on BBC One NI for their game against Donegal – exclusively on BBC Sport NI.

The live coverage continues the following weekend as the winners of Fermanagh/Tyrone play Derry on Sunday 01 May on BBC Two NI.

Next up are both semi-finals (BBC Two NI) followed by the Ulster Final on Sunday 29 May (BBC Two NI) completing the live coverage.

There will also be online highlights – shortly after the final whistle - of every game in the Ulster Championship. The highlights start with this weekend’s (April 16) opener between Fermanagh and Tyrone from 6.30pm on the BBC Sport NI website bbc.co.uk/sportni and will also include Monaghan’s tie with Down on Saturday 30 April from 4.30pm.

This year, BBC Sport NI will also provide fans with radio coverage of the All-Ireland Senior Football Championship. With the return of the qualifiers, it promises to be a hugely entertaining series as the best counties compete for the Sam Maguire. BBC Sport NI will provide live commentary across BBC Radio Ulster and BBC Sounds.

The Ladies Ulster Senior Football Championship Final on Sunday 22 May will also be streamed live on BBC Sport NI along with online highlights of Armagh and Monaghan on Saturday 30 April and Donegal’s match with Cavan on Sunday (01 May).

Commentator and host of the BBC’s ‘The GAA Social’ podcast, Thomas Niblock, said: “Following on from our live coverage of the GAA Allianz Leagues we’re right into the heat of the Ulster Championship. We’re looking forward to bringing audiences six live games, live radio and live coverage of the Ladies Ulster Final this year. We are also pleased to welcome back our panel of experts who have been there and done it and aren’t afraid to give their opinions on the big issues and talking points between now and the end of May.”

‘The GAA Social’ podcast will also continue on BBC Sounds throughout the inter-county championship season. Oisín McConville and Thomas Niblock meet the biggest names in the sport every week, travelling near and far, with no subject off-limits. ‘The GAA Social’ features some of the most famous names in GAA as well as all the news, discussion points and debate around the 2022 season.

Semi-finals: 8 May & 15 May: Live on BBC Two Northern Ireland