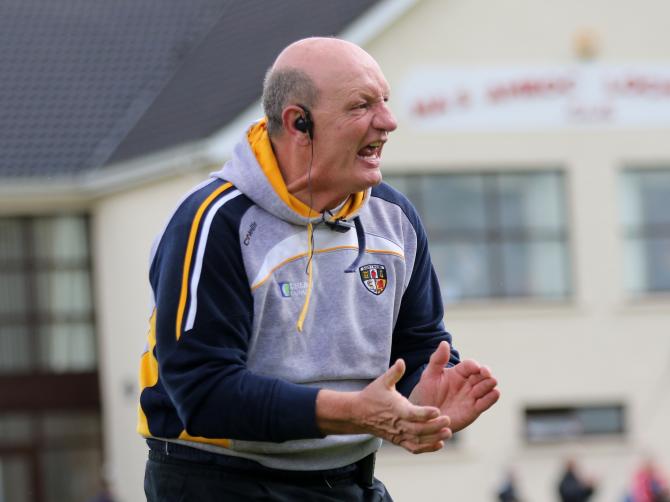 TWO OF the province's most decorated GAA stars are to feature in a brand new series of the popular programme Laochra Gael on TG4.
Two hour-long programmes will look at the success enjoyed by Cushendall’s Terence ‘Sambo’ McNaughton and Lavey’s Johnny McGurk during their playing heydays.
While their sporting careers continue to provide the backdrop to the story, the series travels well beyond the four white lines, the programme’s creators have said.
Terence ‘Sambo’ McNaughton airs this Thursday (January 13) at 9.30pm and Johnny McGurk on February 17.
As a boy, ‘Sambo’ suffered exclusion because of his speech impediment. He found release on the playing field, but the life of a hurler was perilous in Northern Ireland during the eighties.
Because of his fame as a player, he was targeted for assassination by the UDA.
In spite of all of this, Sambo became the heartbeat of the team that pulled off the biggest shock in the history of Gaelic Games, a team that will be remembered forever.
For the series finale of Laochra Gael comes the story of the rise and fall of Derry footballer Johnny McGurk.
Johnny will always be remembered in his home county as the man who kicked the winning point against Dublin, on the way to the first and only All-Ireland win in Derry’s history.
When he retired from playing, though, Johnny’s life fell apart. In the grips of a gambling addiction, Johnny stole over £500,000 from his employers and when he was found out, his marriage ended, he faced public shame and finally he was sent to prison.
TG4’s Larry McCarthy said: “TG4 has made a major contribution to Irish life since it first launched 25 years ago, and from its earliest days, it has carved a niche in the excellence of its GAA coverage and of club games in particular.
“Aside from the matches, the Laochra Gael series has become a staple of the GAA supporter’s TV diet.”