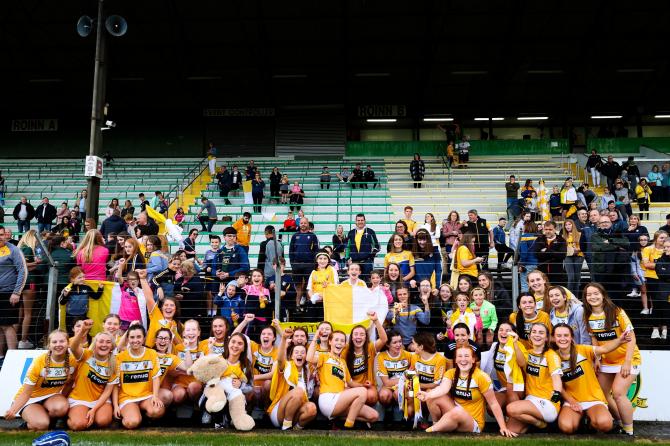 WHAT a magnificent year it has been for Antrim Camogie as the county’s minor stars did the business in style against Offaly in this Tesco All Ireland Minor B final replay staged in Navan.

In contrast to the drawn tie a fortnight earlier this minor replay was an open game of camogie.

While there were six goals scored, Orla Donnelly pulled off four brilliant saves in the Antrim nets and her Offaly counterpart Leah Gallagher also denied the Saffrons goals on just as many occasions.

Despite their openness at the back at times, Antrim was the better team.

They started well, built up a lead that Offaly had to chase and were able to withstand a late Faithful onslaught which delivered three goals in a five minute spell during the final quarter.

For full report and photos from a memorable day for Antrim's rising young stars see this week's Chronicle.