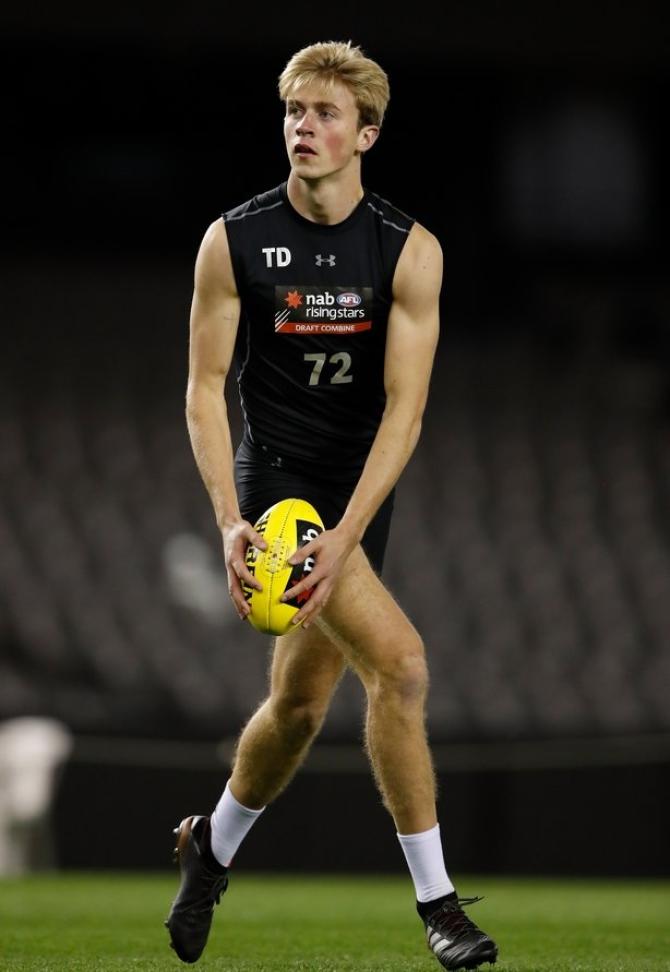 Anton Tohill, son of former All Star and All Ireland winner Anthony Tohill.

ANTON Tohill will be returning to Ireland after three years with AFL club Collingwood - and that could spell good news for Derry senior football manager Rory Gallagher.

A spokesperson for the club has confirmed the 6’ 5” Swatragh man's decision to return home.

The 21-year-old was out of contract at the end of the season but had the opportunity to stay on for a fourth season as a rookie following a new AFL ruling.

The limit was three years, but clubs lobbied for an extra year after the development time players lost during the Covid-19 pandemic.

The former St Patrick's Maghera pupil had been accepted to study medicine at Qeens University, something he put on hold to pursue an ambition of playing professional sport.

After developing his craft on the club's reserve side in the VFL, Tohill made his senior debut for 'The Pies' - their ninth debutant of the season - against Port Adelaide in July.

He was keen to stay on with the Melbourne club but was unable to defer his studies in Belfast any longer.

“Since Anton arrived at the club he has displayed great enthusiasm, patience and dedication to his game, which in turn was rewarded with an AFL appearance this year,” commented Graham Wright, Collingwood's General Manager for football.

“Although his stay has been shorter than planned, we appreciate his intentions to resume his studies and return home.

“I’d like to thank Anton for his input to the Collingwood Football Club and wish him the best with his future endeavours.”

Tohill follows Conor Glass back to Ireland after a stint in Australia which leaves Callum Brown as the sole Derry player in the AFL. Brown scored two goals on his debut for GWS Giants earlier this month.

Anton follows the same path as his famous father Anthony who played Aussie Rules before coming home some 30 years ago.

On his return, Tohill senior - apart from winning the All Ireland 1993 title with Derry - became a four times All Star. Anton’s uncle on his mother's side, the famous Gerry McElhinney, was also an All Star before pursuing a career in soccer.

Anton played under 20 football for Derry prior to his departure to Mebourne and there are high hopes in the Oak Leaf county that he may become part of Rory Gallagher's Derry squad once he settles back into life at home.

Certainly, given his talents as a gaelic footballer and the experience he has gleaned in his years 'down under,' he would certainly be a huge asset to the Oak Leaf county's footballers as they look to build on the successes of last season.