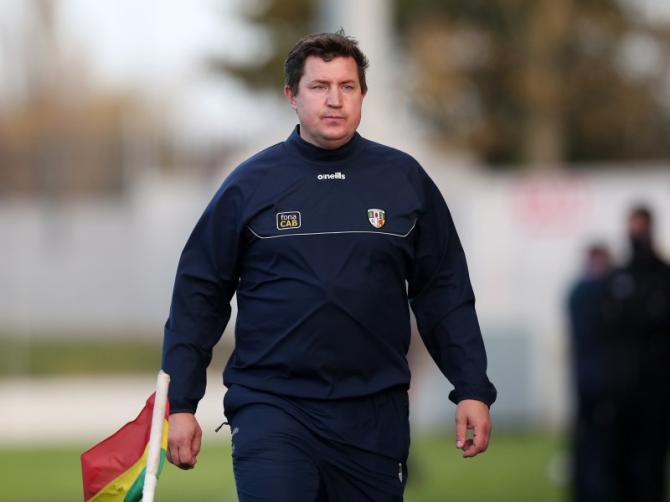 ANTRIM'S senior hurlers have enjoyed a successful season to date.

But their biggest challenge is yet to come - Saturday's SHC opener against Dublin in Navan on Saturday.

The sides have already met this season, in the league, with the Metropolitans taking the honours in Parnell Park.

However, the northerners can point to the fact that they finished above their rivals in league standings after winning two of their league games.

The home victories over Clare and Laois and a draw with Wexford ensured that Darren Gleeson's men will be playing Division One hurling again next season.

And with league safety secured, all attention now turns to the championship clash with Dublin and building on that early season momentum.

"The Championship is real. That's the key point; it's about coming up a level. It's going to be a level way above when we met in Parnell Park, the Championship brings that," said Saffrons' boss Gleeson.

"I think the guys are capable of coming up the level, whether we can sustain it for 78-80 minutes, I think we can be there or thereabouts."

"Dublin are a very big team, we have our strong physical players as well. the lighter players just have to bring more of the intensity," he added.

Antrim captain Conor McCann is set to return to the Saffrons' matchday squad after recovering from a foot injury with Antrim also boosted by the availability of Domhnall Nugent.

However, they will have to travel to Pairc Tailteann without injured trio Aodhan O'Brien, Eoin O'Neill and Conor Johnston.

The winner of Saturday's contest will advance to meet Galway in the semi-final, with the loser facing an All-Ireland preliminary qualifier against the other defeated quarter-finalist in July.