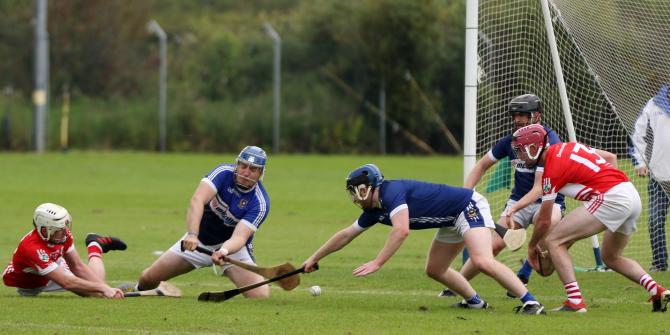 Loughgiel had 19 points to spare over St. Gall's at Milltown.

THE Shamrocks look rock solid in Group 2 of the Antrim senior hurling championship.

Undoubtly the easier of the two groups, they brushed aside St Gall’s at Milltown by a 19 point margin to book their place in the semi finals.

They should head the group table, with just an away game against St Enda’s to come, with an unblemished record and watch and wait to see who the Group One runners up will be in a difficult section were.

As things stand simply anything could happen.

This was James McNaughton’s day, returning a magnificent 13 point total making the game look so easy.

Eddie McCloskey and Shay Casey weighed in with a goal each while Tony McCloskey and Neil McGarry were on hand to stop Conor Burke getting on the end of any long balls into the St Gall’s full forward line.

For St Gall’s, it was a tough day at the office. While Chris Dornan’s team refused to throw in the towel, they were just second best all over the field.