Big wins for Cuchullains and Ballycastle in Reserve Hurling Championship 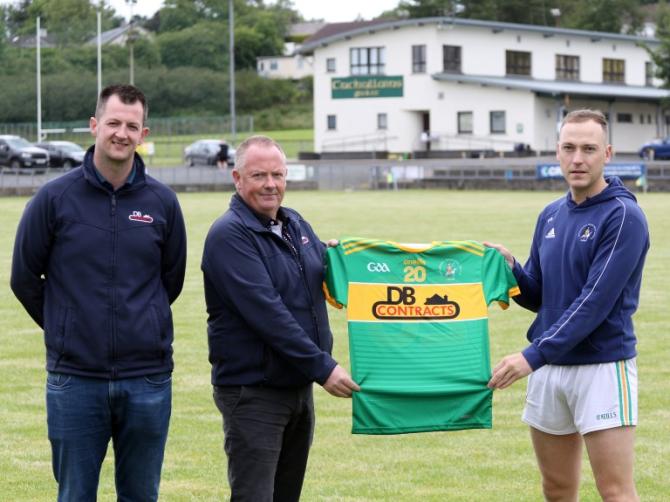 THE Senior Reserve Hurling Cup’s opening round games went according to the plans of North Antrim sides Ballycastle and Dunloy.

The Town beat Rossa at Shaws Road by 17 points while Dunloy, at home, were even more impressive with a 23 point success against St Galls.

Rossa...3-8
Ballycastle...6-16
Five was the magic number at Shaws Road where Ballycastle cruised to victory against Rossa in their opening game in Group One.
They whacked home five first half goals to effectively end the game at the break while star performer Owen Kinney bagged five goals in the space of the hour.
Four goals from full-forward Kinney and another in between from Cathal Connor had the visitors in cruise control at the interval.
Rossa didn’t drop the heads in the second period, however, and found three goals of their own through David Quinn, Padraig McGreevy and Michael Close to restore some pride but in truth the game was long over as a contest.
Ballycastle came flying out of the traps with early points from Cathal Connor, Lorcan Donnelly and Owen Kinney sending out a strong message.
Lorcan Donnelly converted a 65’ and then confidently pointed from range to make it five unanswered points with Cónall Shannon replying from a free for the hosts.
Ballycastle restored their five-point advantage as Ryan McCook popped the ball to Eoin Magee for a score and midway through the half the opening goal fell to the dominant visitors when Owen Kinney found the net for a 1-6 to 0-1 lead and Rossa were in big trouble.
Kinney struck his second goal three minutes later and points followed courtesy of Ben McQuillan and Eoin Magee.
Ballycastle were cruising and Owen Kinney grabbed his hat-trick , seven minutes before the break, for a gaping 3-8 to 0-1 lead.
Padraig McGreevy responded with a point for Rossa but goal number four arrived four Ballycastle moments later, this time Cathal Connor hooked the ball home after Conal Colgan’s long-range free.
The goal glut continued and Ballycastle had their third in the space of three minutes when Kinney had his fourth making it 5-8 to 0-2 with Conall Shannon grabbing Rossas third point just before the break.
An early second half exchange saw Lorcan Donnelly and Oisin McVicker in action with Rossa claiming their first goal in the second minute from David Quinn.
Lorcan Donnelly and Quinn traded points before Ballycastle scored goal number six. It was the fifth of the evening for Kinney after an inch-perfect pass from Ben McQuillan which allowed the full-forward to round Conal Walsh and apply the finish to make it 6-10 to 1-6.
As the Town eased up the home side added goals from Padraig McGreevey and Michael Close, but were still miles away at the end.

Dunloy...5-25
St Galls...2-12
A much slicker Dunloy forward sextet, which produced 4-18 between them, was the difference in the sides when they tackled St Galls in their opening Group 2 game in the Senior Reserve Hurling Cup
It was a superb attacking display from the Cuchullains who scored 5-18 from play with ten different names on the scoresheet.
The home side held a 23 point lead at the short whistle and St Galls improved after the interval to close the gap but it was a more than comfortable win for the Cuchullains by the end of the hour.
Dunloy were slick all over the field with Chrissy McMahon, Anton McGrath and Liam McCann outstanding. They scored their opening goal in the fourth minute with Ryan McFarlane finishing.
Their second and third goals came in the space of 60 seconds, Kevin McQuillan and McMahon opening a 19 point lead in the 25th minute. McQuillan’s major meaning the front eight for the Cuchullains had all registered scores.
The Milltown Row men had points from Gregory McGreevy (two frees) and Ewan Rush in the opening 30 minutes but McQuillan’s second goal and McMahon found his range once again to take his tally to 1-4 for the first half.
St Galls had the help of whatever wind there was in the second half and they scored their first goal of the game just two minutes after the restart. Patrick Friel sending the sliotar to the Dunloy goals and Niall Burke did enough to put Paul Doherty off as the ball dropped into the Dunloy net.
Kian Cruikshank (two) looked lively from play while McGreevy remained accurate from placed ball to keep the scoreboard ticking for the Milltown Row men but McGrath, McMahon and McCann were responding in kind for the Cuchullains.
The home side scored their fifth goal of the game in the 50th minute, substitute Daithi Cree firing home from close range. St Galls second major came with the last action of the game, Niall Burke deflecting a dropping free from McGreevy and giving Doherty little chance in the Dunloy goal.
Both sides were reduced to 14 men late in the game with McCann and Ronan Crossan seeing red for an off the ball altercation and tempers threatened to boil over but it was a win for the Cuchullains and they have a two week wait before their next game in the group. St Galls welcome Loughgiel to west Belfast next Monday.