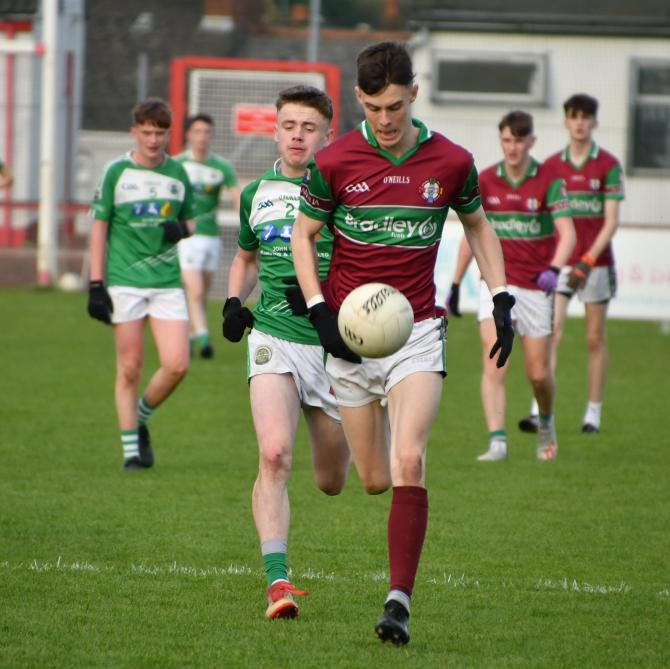 The Bannsiders defeated their county Down opponents 3-12 to 2-6 and will now play Aquinas Grammar, Belfast, in the next round.

McMullen, who helped himself to 2-1, was ably supported by Odhran McLarnon who scored 1-2 and Dara Mooney who fired over six points.

Finally, there was better news for the senior camogs at St. Pat's Maghera who have regained the Ulster title after several years out of the spotlight.

The south Derry school overcame St. Louis Ballymena in a well contested final under lights at The Loup.

For reports on all these games, see this week's Chronicle.