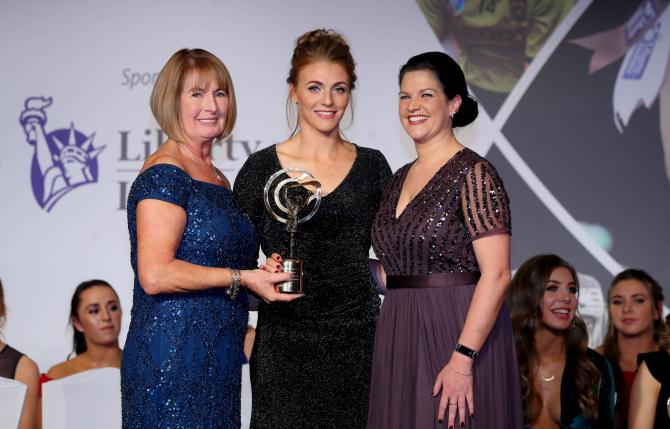 EOGHAN Rua Coleraine and Derry camogie star Grainne McGoldrick has completed a rare double - adding a Soaring Stars award to the All Star award she won ten years ago.

Grainne, a member of the famed McGoldrick family from Portstewart, was recognised at a gala dinner in Dublin earlier this month, sponsored by Liberty Insurance.

The award follows a memorable year for the schoolteacher who impressed at both club and county level.

Her achievement is all the more remarkable considering Grainne was out of the game for a number of years after sustaining a serious leg injury in a club game.

However, she successfully battled her way back to full fitness to resume her place as one of the Oak Leaf county's leading camogs.

It's just the latest accolade to come the way of the McGoldrick family, which had six brothers on the club's hurling team which defeated Monaghan champions Inniskeen to qualify for the Ulster Junior Hurling Club final at the weekend.

The Derry representatives had 15 points to spare over the border outfit to qualify for next month's final against Newry Shamrock's.