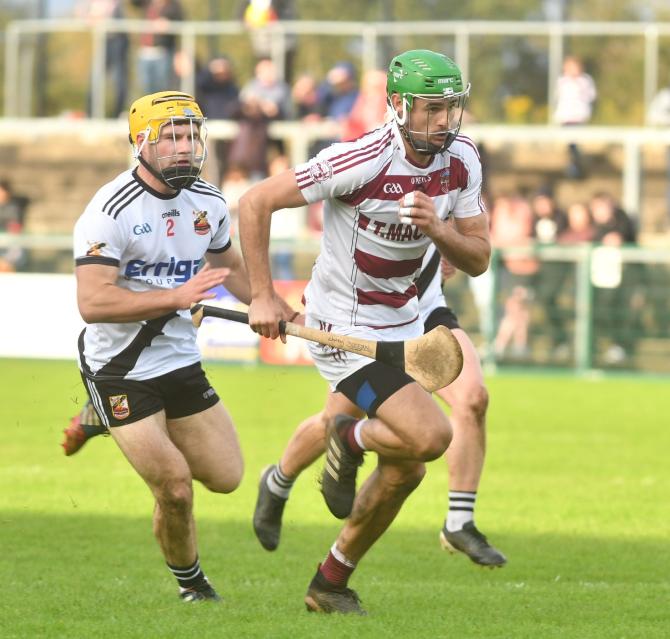 Derry champions Slaughtneil take on Middletown of Armagh this weekend.

DERRY'S hurling champions are in action this weekend as the Ulster Club Championship reaches the semi-final stages.

Coleraine had an easy passage into the last four, running up a big score as they accounted for Cavan's Mullahoran 1-27 to 0-6 in their previous outing.

Ruari Mooney was the star of the show for the north coast men in that game, scoring nine points from play in a fine individual performance.

He was ably supported by the equally talented Sean Leo McGoldrick and Niall Holly, like Mooney, integral members of the club's senior football side.

Eoghan Rua boast many of the team which made it all the way to the All Ireland Junior final at Croke Park three years ago where they were unfortunate to lose out to Kilkenny club Glenmore.

Given their experience and skill level they are fully expected to book their place in the Ulster decider which is set for November 16.

Meanwhile, Slaughtneil, Ulster champions in 2016 and 2017, go in as strong favourites against Middleton in their last four meeting.

They came through a tough Derry campaign, getting past familiar foes in Lavey and Kevin Lynch's, and are backboned by many of the players which have enjoyed plenty of success in recent years.

It is expected that the Oak Leaf men will have too much experience and guile for their Orchard County opponents.

Should Slaughtneil prevail, they will come up against either Antrim champions Dunloy or Ballycran in the Ulster final with the Saffrons' side expected to progress.

The Chronicle will have reports from both games in Tuesday's paper.