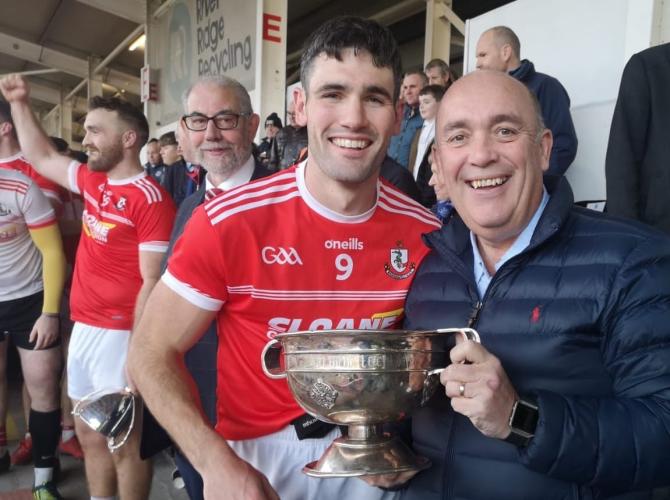 THE celebrations are no doubt continuing around Magherafelt this week after O'Donovan Rossa claimed a first Derry Senior Football Championship title in over 40 years at the weekend.

The Rossas produced a brilliant team display to defeat pre-match favourites Glen to lift the John McLaughlin Cup for the first time since 1978.

The victory sparked wild scenes of celebration as hundreds of delighted fans rushed on to the Celtic Park pitch to salute their heroes, including Coleraine FC striker Emmett McGuckin.

The 28-year-old produced a man of the match display, scoring three points from play, to get his side over the line in front of almost 10,000 spectators.

But spare a thought for their Maghera opponents who felt they had levelled right at the death through Ciaran McFaul, only for referee John Joe Cleary's final whistle.

It was tough on the Watty Graham's, but the controversial nature of the ending of the game shouldn't detract from Magherafelt's famous victory.

They now progress to a meeting with Down champions Kilcoo in a week and a half's time.