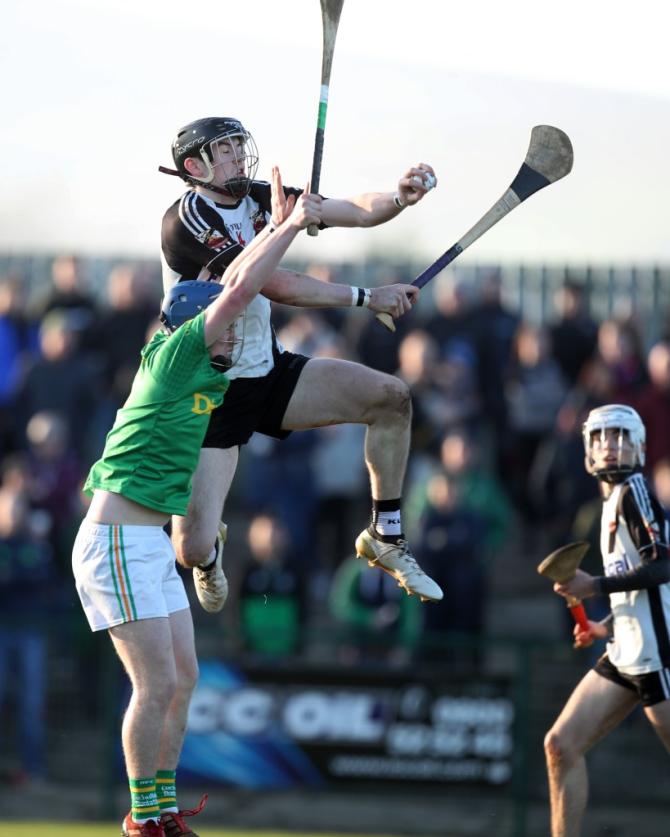 DUNLOY'S hopes of following up their Antrim county title with an Ulster crown were cruelly dashed at the weekend, beaten by nine points by Kevin Lynch's Dungiven.

The Derry champions started the game as favourites and they lived up to the pre-match expectations, eventually winning by nine points at Dean McGlinchey Park in Ballinascreen.

Central to their victory was a 'man of the match' performance from the rangy Tiarnan McHugh who helped himself to 1-5 of Dungiven's total in a 1-16 to 0-10 win.

Indeed, McHugh served notice of his intentions inside the opening minute, scoring the only goal of the game with barely 20 seconds on the clock.

It was a disappointing defeat for the north Antrim side who have four Antrim minor titles in a row.

However, on this occasion, they will know they came up against an excpetional side winning a second Ulster title in a row.

Match report in this week's Chronicle.

'The course is in great shape'