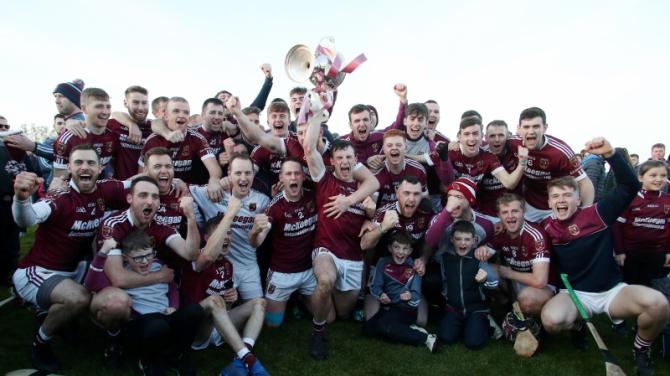 CUSHENDALL won a fourteenth Antrim Senior Hurling Championship final on Sunday to set up an Ulster Club decider with Down champions, Ballycran.

The Ruairi Ogs secured their first Volunteer Cup under the guidance of new boss Eamonn Gillan who, prior to Sunday’s game at a packed Pairc MacUilin in Ballycastle, had lost back-to-back finals as Loughgiel manager in 2003 and 2004.

Many expected Loughgiel to retain their title but the game ended in upset as Gillan’s men scored either side of half-time to make it 0-15 to 2-12.

Burke said the disappointment of ending up second best on the last two occasions was the motivating factor for everyone in the squad throughout the seventy minutes.

“The last two finals we didn’t feel that we did ourselves justice, so it’s great to get this over the line and make up for the last two years,” he said.