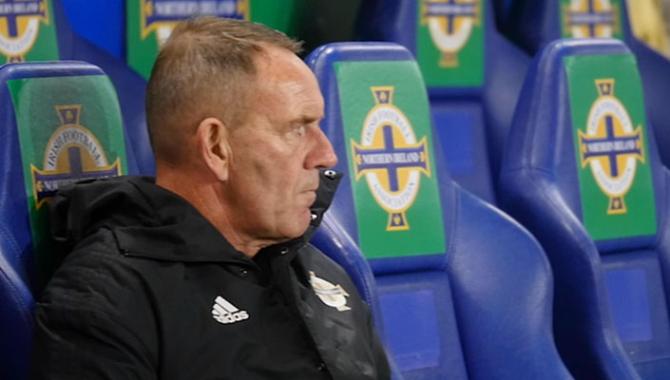 Northern Ireland senior women’s team manager Kenny Shiels has made a handful of changes to his squad for next month’s crunch FIFA Women’s World Cup 2023 qualifiers against Austria and England.

His 23-strong panel shows five changes from the squad chosen for the World Cup qualifiers against North Macedonia back in November. However, the Coleraine duo of Chloe McCarron and Lauren Wade are both included.

The Northern Ireland senior women’s team boss has gone with his usual blend of youth and experience for the game against the Austrians in Wiener Neustadt on 8 April and the match against England at the National Football Stadium at Windsor Park on 12 April.

He revealed: “I am not even thinking of the England game yet. Everything is revolving around Austria. We are looking at ways we can contain them and where we can attack them.”

Shiels will be keen to go one better against the Austrians, with whom Northern Ireland drew 2-2 back in October, and to put pressure on European Qualifying Group D table toppers England, who defeated his team 4-0 at Wembley the same month. To date more than 14,000 tickets have been sold for the home encounter against the Lionesses.

The Northern Ireland boss is well aware that a win against the Austrians would put his team on course to finish second in the group and potentially reach a play-off for a place at the Women’s World Cup in Australia and New Zealand next year.

“It’s going to be a tough encounter against Austria, but we will be ready for it,” he said.

Northern Ireland currently lie third behind England and Austria in Group D. They have 13 points from six qualifiers to date, having won four, drawn one and lost one.

England have won six from six, scoring 53 times without reply, while Austria are second in the table and narrowly ahead of Northern Ireland on goal difference. The Austrians also have 13 points but have scored 29 and conceded four compared to Northern Ireland’s 30 for and six against.

The Northern Ireland Women squad for the World Cup qualifiers against Austria and England is: