Limavady Utd 'nothing to lose' against Portadown 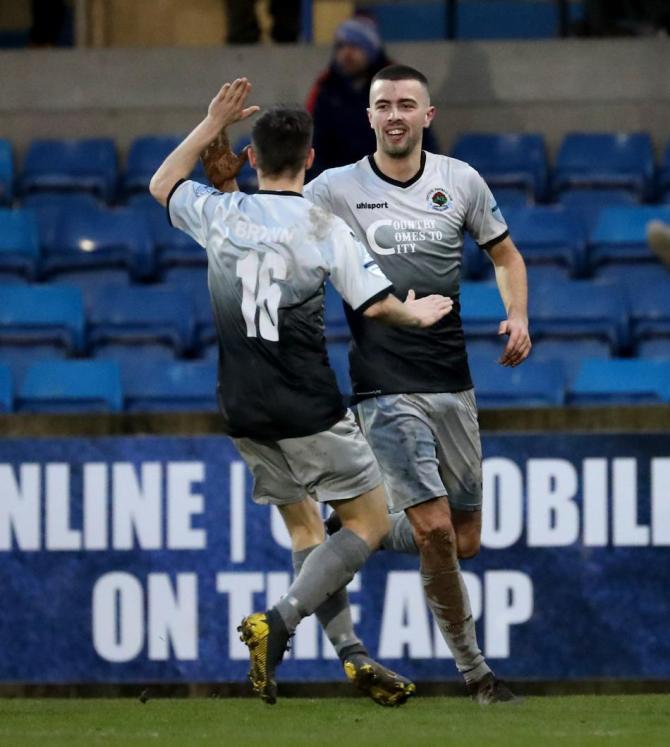 LIMAVADY Utd manager Andy Law is hoping the experience of playing top flight opposition will pay off when they travel to Portadown in the first round of the Samuel Gelston's Irish Whiskey Irish Cup first round.

Saturday's game at Shamrock Park is the fourth time this season that the Championship club has played Premiership opponents, with mixed success. They lost to Larne in the League Cup before being reinstated because of a technicality, defeated Dungannon Swifts in the next round before bowing out to Warrenpoint Town in the same competition.

Needless to say, Law is hoping for a repeat of the performance against Dean Shiels' side and not the other two games.

"For us, it's an opportunity to replicate what we did in the Dungannon game which we won 3-2," said Law.

"That was a good performance and earned us a crack at Warrenpoint Town when, simply, we weren't good enough and lost 6-1.

"The games and the results shows you that you can't take anything for granted and there's no doubt that we've enjoyed mixed fortunes against the top clubs.

"But we want to test ourselves against the best and this is another chance for us to do that," he added.

Limavady's preparations for the game have been difficult to say the least: they last played a competitive match the week before Christmas and have had to contend with a number of positive Covid-19 cases within the squad.

"It's been a very tough period," continued Andy.

"It's been really stop-start with Covid and everything else and we're still not fully up to full strength yet.

"We'll maybe have as many as four players missing on Saturday which is far from ideal as you really need a full squad when you're playing teams like Portadown.

"Nobody will probably give us a chance but we'll go there and have a go. Of course it's a big ask but we've nothing to lose, it's a one-off game and anything can happen."