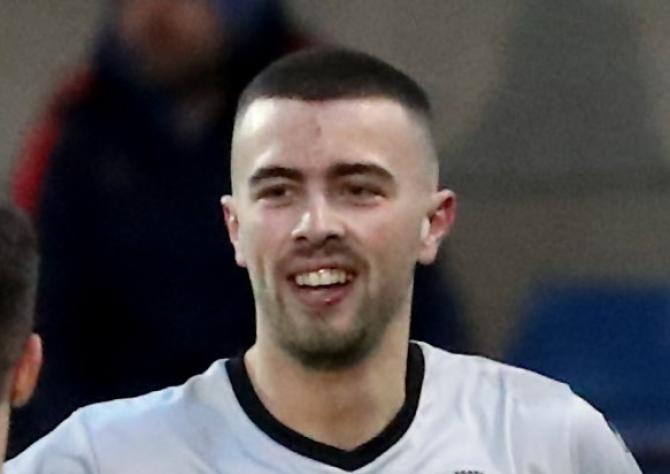 LIMAVADY Utd manager Andy Law claims the league remains his club's priority this season - despite guiding the Roesiders into the last eight of the Bet McLean League Cup.

The north west side dumped Danske Bank Premiership side Dungannon Swifts out of the competition on Tuesday night thanks to a hard-earned 3-2 win at the Limavady Showgrounds.

The hosts wasted little time in seizing the initiative, Ryan Doherty scoring the game's opening goal after just 15 seconds, but Cahal McGinty levelled matters early in the second half.

Dean Brown restored Limavady's lead soon after but the visitors levelled for a second time when James Convie produced a fine finish after good work from Ryan Mayse.

But Limavady weren't to be denied a famous victory and Alex Pomeroy sent the Swifts packing when he calmly scored from the penalty spot with just over ten minutes remaining.

It was an incredible win for the Premier Intermediate League side, the third level of football in the province, not least because they had been beaten 4-0 by Larne in an earlier round of the tournament.

However, the Inver Park club were subsequently thrown out of the competition for fielding an ineligible player and Limavady certainly made the most of their good fortune on a memorable night for the club.

"We're going okay but the league remains our bread and butter," reflected Law, who only took on the Limavady job a matter of months ago.

"Dungannon went very strong against us and they probably saw the game as a massive opportunity to get through to the quarter-finals.

"The winners of Tuesday's game plays Warrenpoint Town and they may have thought they had a great chance of getting through to the last four.

"But our boys put in a brilliant shift and I'm delighted for them.

"We will look forward to going to Warrenpoint on Tuesday night as it's a free one for us but it's back to the bread and butter of the league this weekend."

As luck would have it, Limavady's opponents this weekend are the PSNI who themselves were in League Cup action in midweek.

Unfortunately, they were on the wrong end of an 11-0 hammering from a rampant Linfield at Windsor Park and will look to make amends on Saturday.

"It was a tough night for them against Linfield and no doubt they'll be licking their wounds this week," added Andy.

"They'll be wanting a reaction to that defeat so we've got to make our mentality's right.

"We've already played the PSNI this season when we beat them in the Irish Cup and I'll be looking for the same levels of performance this Saturday.

"I'm delighted with how things are going after a shaky start but it's the old cliche of taking one game at a time and seeing where we end up."