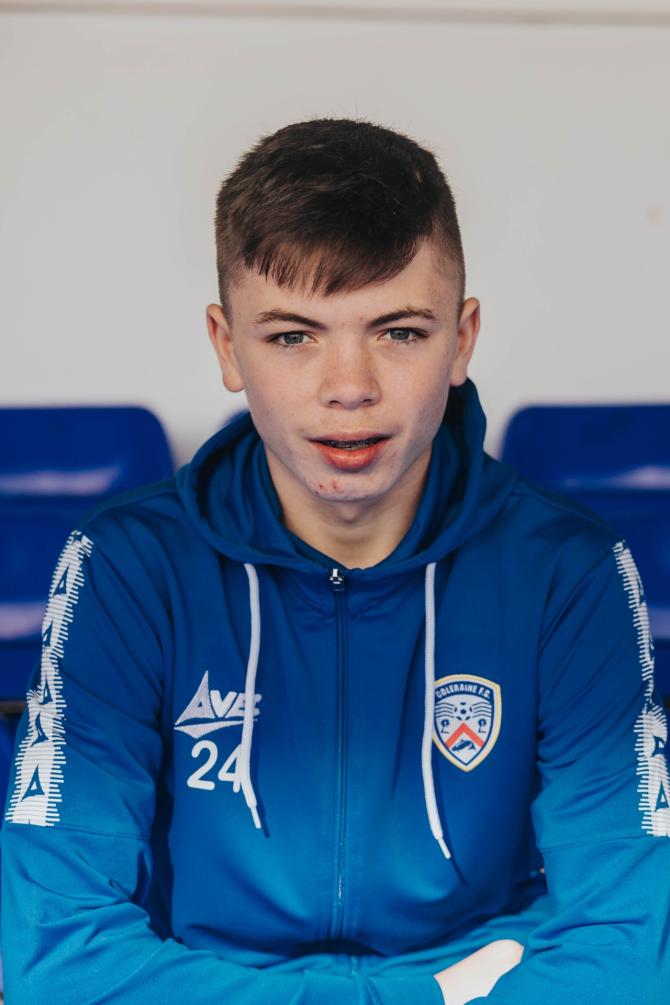 COLERAINE FC is delighted to announce that Patrick Kelly has signed professional terms with the club.

The talented midfielder - who was promoted to the first team squad for the current campaign - has put pen-to-paper on a three-and-a-half-year deal.

After coming through the ranks at under-age level, the Portstewart native made his debut against Carrick Rangers earlier this season and has made five appearances so far in all competitions.

The 17-year-old was also part of the Bannsiders' squad for this year's Europa Conference League clash against FK Velez Mostar.

Speaking to colerainefc.com, boss Oran Kearney insists that Patrick isn't there 'to simply make up the numbers' and believes his progression through all under-age levels to the first-team highlights all the hard work going on behind the scenes at the Youths.

"We are delighted as Patrick is a player we've all known about for a long period of time," he said.

"He has really developed physically in the last year or two and there's never been any doubt about his ability.

"He is a local lad, he has been at the club since he was four or five years old and he has worked his way up to the first-team which makes it that little bit special.

"It reinforces the good work carried out by all of Patrick's coaches, as well as highlighting the sterling job by Davy Platt and Ollie Mullan.

"It's up now to Patrick to kick on, make as many Irish League appearances as possible and break his way into the first-team as he's not there to simply make up the numbers.”