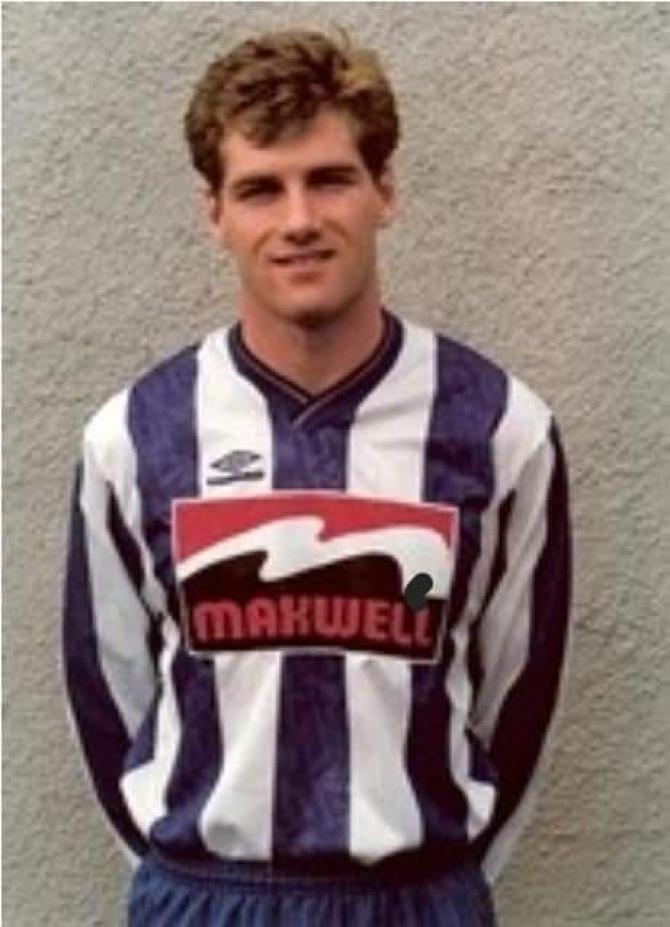 THE world of football has been paying tribute to the former Coleraine and Linfield midfielder Allan Ewing who has sadly passed away.

The 52-year-old was brought to the Showgrounds by then manager Colin O'Neill in 1992 and remained there until the end of the 1994/95 season when he joined Linfield.

Fellow Scot Derek Cook, who signed for the Bannsiders on the same day as Ewing and defender Stuart McLean, admitted it was a 'very, very sad day' for a lot of people.

"I can honestly say I'm shot to bits," said the big striker.

"Allan Ewing would have done anything for Coleraine FC and he played like he always played, like he was playing his last game.

"He epitomised what a winner is and anyone that brushed shoulders with this man will know what I mean," he added.

Stuart McLean, meanwhile, recalled a fond memory of their time together in the Irish League and especially a winning goal scored by Allan against Linfield in front of the Railway End.

"When the big man scored I turned and kissed the ref,'" he said.

"He didn't know what to do which probably saved me getting sent off!

"Big Al' was brilliant in so many ways. A devastating loss."

Davy O'Hare, goalkeeper during the same period, confessed he was 'shocked and saddened' at the news.

"What a fantastic player and genuine person Allan was," said the Newry man.

"Played hard and left everything out on the pitch. We all shared some great times at Coleraine at that time."

Another former team-mate, Tony Gorman, said he was 'so sorry' to hear about Allan's passing.

"I was fortunate enough to play with Allan at Coleraine and Linfield. Just a lovely lad and a really good player and team-mate. RIP Allan."

Tommy McCallion, a young player at Ballycastle Road when the Scottish players arrived, said he was 'saddened to hear the news' while long-time supporter Adrian Bovaird credited the tro of Scots of having a massive impact on the club.

"You three lads came and changed our club along with a few other Scots and I can honestly say big Allan was a genuine guy; manys a good night out we had," he said.

Supporters of Coleraine and Linfield have also added their memories of the talented midfielder across social media.

Chronicle Sport wishes to pass on its condolences to the family of Allan Ewing at this time.