Conor hoping to end season on a high 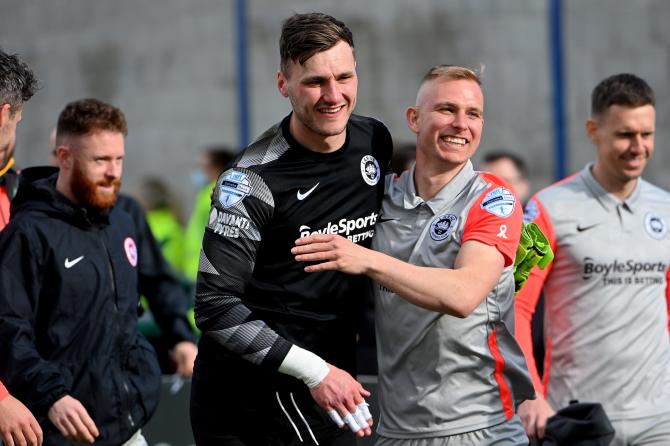 COLERAINE may not be in this evening's Irish Cup final but there is some local interest there in the shape of Larne goalkeeper Conor Mitchell.

The 25-year-old from Portrush will be in goals for the Inver Park club as they look to lift the famous old trophy for the first time.

A former NI Under-21 international, Mitchell has had to be patient waiting for his chance given the form of Larne's regular number one Conor Devlin.

The one-time Cliftonville keeper is out for the rest of the season with injury, meaning Mitchell has stepped up in recent weeks.

He gained great praise for some fabulous saves in the recent win over Linfield at Windsor Park and was again prominent in the dramatic semi-final win over Crusaders earlier this week.

That game, of course, will be forever remembered by the fate which befell Mitchell's opposite number, Crues' keeper Johnny Tuffey, who was sent off during the penalty shoot-out.

"The craziest shoot-out I've ever been involved in," admitted Conor in the wake of the game.

Let's hope this evening's final against Linfield is a lot less dramatic and that Conor has a good game.