Tie of the round at the Coleraine Showgrounds 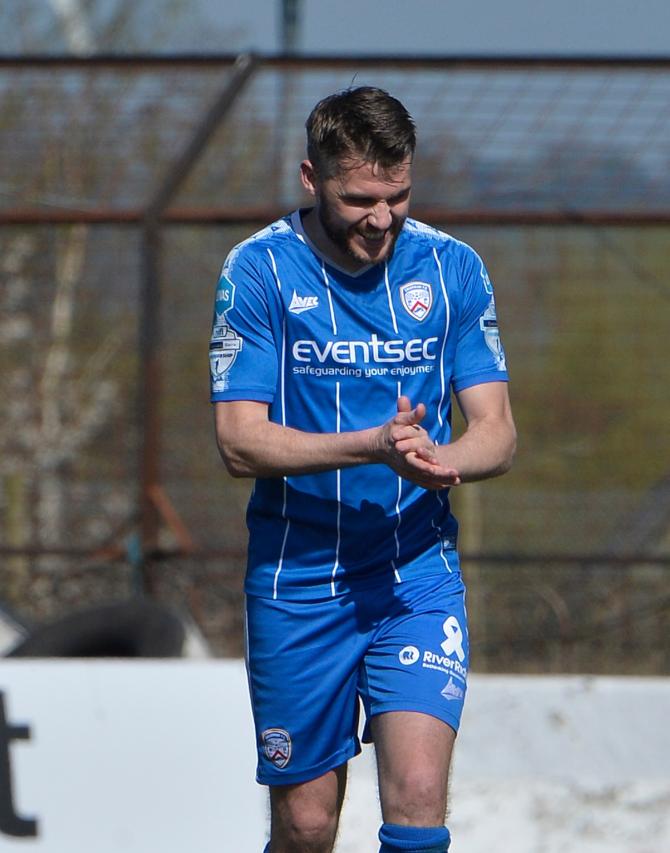 THE 2018 and 2019 champions clash in the tie of the round as the Sadlers Peaky Blinders Irish Cup gets underway on Tuesday evening.

Coleraine host Crusaders at Ballycastle Road in a slightly bizarre running of the famous old competition.

Not only is the tournament kicking off in midweek but a number of clubs have withdrawn from the competition as a hangover from the Covid-19 restrictions.

Despite that, both teams will be determined to win and book their place in the next round.

This is the fourth meeting of the season between the sides with form favouring the home team on each occasion.

The Crues won the first game at Seaview thanks to a single Jordan Owens goal but the Bannsiders have won the two games at the Showgrounds since the turn of the year.

Of course, league form goes out the window when the cup comes round, something Coleraine manager Oran Kearney is well aware of.

"We always prepare to face the best Crusaders," he said.

"They are a really dangerous outfit, the other week they went and hit six goals for example.

“I've told the players we've parked the league for a week as we go at the Irish Cup and it'll be exactly the same for the Crues I'm sure.

“I look back to the journey I've been on at Coleraine and particularly when it sort of finished off with that Irish Cup win, it's been great memories and such a catalyst for us and the whole north coast.

“So many people will still talk to you about the day and Skinner's goal and the celebrations. It's moments like that that are as important.

“Europe is brilliant and I know maybe at board level it's important, and the players get a huge amount from that experience, but for me it's about medals and trying to compete and wanting to win things.

“With that, the Irish Cup will always have a place in my heart and always one where we want to go and do the same again,” he added.

Despite finishing the regular season in sixth position, Stephen Baxter's men are unbeaten in their last six games - winning four and drawing two.

They remain dangerous opponents who will look towards the Irish Cup as a possible route into European football next season.

However, Coleraine are also a formidable outfit, especially at home, where they are unbeaten in their last 13 games.

It all adds up to an intriguing game between two sets of players who know each other so well.

As ever, you can follow proceedings on our social media channels or watch the game in the normal way via Coleraine FC.