The State of Play

Managers and players have their say on the future of football 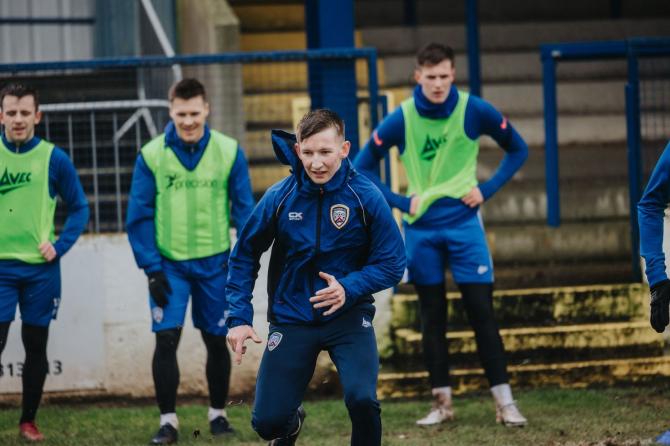 Teenager Caiolan Brennan is one of hundreds of young footballers badly affected by Covid-19. Sent out on loan to Limavady Utd he is now back at Coleraine.

WHERE next for local football?

That was one of the questions we put to a number of figures in the game this week.

With no games below 'Elite' level taking place in the near future, we wanted to know how the ruling was affecting the local game.

We asked Ollie Mullan and David Platt at Coleraine Academy, where hundreds of children would normally turn out each wek.

We asked the manager of Portstewart, Johnny Law, denied the chance of promotion at the end of last season and whose team hasn't hardly kicked a ball this campaign.

We asked Jason Quigley of Portrush FC Youths about the impact on the resort's youngsters.

Sent on loan to Limavady Utd at the start of the season he has since been recalled, simply because the Roesiders have had no matches to play.

All different, yes, but bound together by a shared sense of frustration.