Will Danske Bank Premiership be blown up early due to Covid? 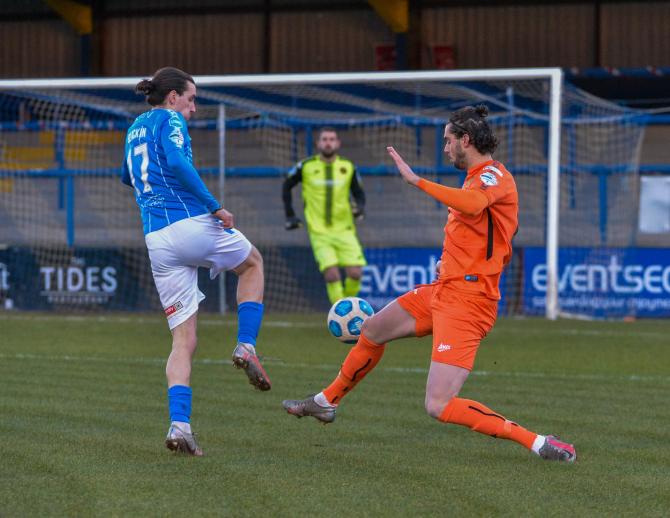 Coleraine and Carrick Rangers are due to meet for a second time in a week on Saturday.

IS the Danske Bank Premiership season about to be blown up early because of Covid-19?

It seems there is a growing number of individuals beginning to doubt the wisdom of continuing with the local game.

Which seems a perfectly legitimate question to ask as Northern Ireland prepares to enter another period of lockdown.

The NI Executive is expected to ratify a series of tough new restrictions, due to come into effect at midnight on Thursday, which will curtail travel, leisure, schooling and much more.

Only 'Elite' sport appears exempt at this stage, with the Irish League joining Ulster Rugby as about the only sport of note continuing to take place, albeit behind closed doors.

But with a dramatic rise in the numbers of people contracting coronavirus, is it right and proper than part-time footballers be exposed to greater risks than the rest of us?

Particularly, as testing here isn't anywhere near the same levels as in England where leading Premiership clubs have been blighted by the pandemic, including one of the richest, Man City.

If they are struggling to contain the virus then what chance has the likes of Coleraine Football Club, a largely part-time club dependent on the goodwill of volunteers to survive?

Tellingly, one of its players, midfielder Jamie Glackin raised the issue on social media earlier this week, sparking a much-needed debate on the state of play as we enter the latest lockdown.

"I understand fans want the Irish league to go ahead but, tbh, think of the players before anything, it's us who would be affected, not yous, things need to be put into perspective here quick!" he tweeted.

He received support from a former Bannsider, striker Darren Henderson, who argued that proper testing was required before football was allowed to continue.

"Personally I think it’s a joke that part time footballers are being asked to play through these times! Irish league should be stopped right away. Weather (sic) fans want it or not, it’s unsafe, especially without proper testing etc," he said.

A number of supporters backed the players' stance, agreeing that perhaps a break was needed in order to address a growing problem which has seen the postponement of several games in the Danske Bank Premiership this weekend.

"Must be called off," he tweeted.

Valid arguments for sure but it remains to be seen whether those voices calling for action to be taken will be heard.

In the meantime, Coleraine travel to Carrick Rangers on Saturday for a second meeting of the teams inside seven days.

The Bannsiders won the first fixture 3-0 but didn't have things all their own way against Nial Currie's side.

As ever, The Chronicle will keep you up to date with all the latest throughout the week...