Shane enjoying his life 'down under' 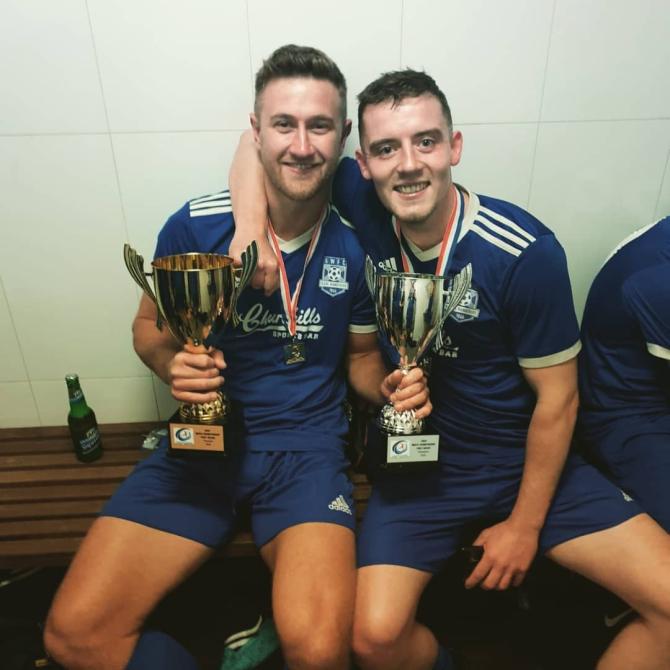 Former Limavady Utd and Coleraine striker and Ballycastle McQuillans hurler Shane Jennings, enjoying life on the opposite side of the world.

ONE-TIME Coleraine striker Shane Jennings admits he is delighted to see his former team-mates and manager doing so well, but adds that he has no desire to rejoin the club.

Which will come as no surprise to anyone given that the 28-year-old - also a noted hurler with the Ballycastle McQuillans club - confesses to loving life ‘down under.’

The north Antrim man moved to Australia three years ago last week and intends to stay there for as long as possible.

Jennings, a talented striker, followed his mentor Oran Kearney from Limavady United to Coleraine in the early stages of Kearney’s career at Ballycastle Road.

Highly regarded, Bannsiders supporters never really got to see the best of the former Cross & Passion pupil through a combination of ill luck and injuries.

He eventually left the club, returning to the Roesiders before making the life-changing decision to emigrate to the other side of the world.

Where he has resurrected his promising football career.

Just last month, Jennings was a key member of the Sydney-based Glebe Wanderers’ squad which completed a famous League and Grand Final double.

He tells us all about it in this week's paper, out now.