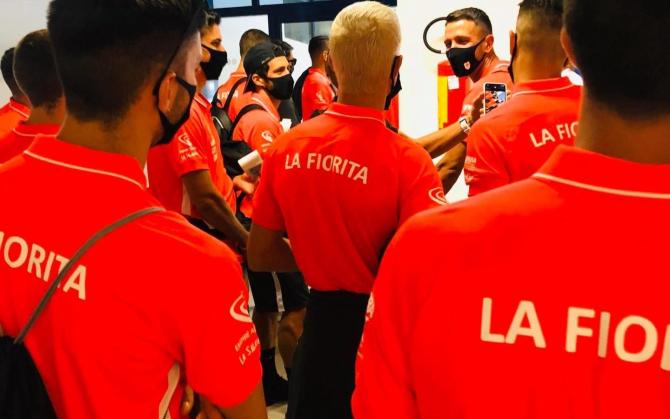 Società Polisportiva La Fiorita, to give them the club its full name, is a Sammarinese football club based in Montegiardino and founded in 1967.

Fiorita currently plays in Girone A of Campionato Sammarinese di Calcio. The team's colours are blue, yellow and white.

The second most successful club behind Tre Fiori, with five league titles and six runners-up finishes, the club qualified for the Europa League by virtue of a second place finish in the 2018-19 league season.

Managed by former Modena left-back, the 43-year-old Juri Tamburini, La Fiorita were, like their opponents Coleraine, prevented from finishing the 2019-20 season on the pitch because of coronavirus.

The club has a mixed record in European competition, gaining their first draw in Europe when they drew with Linfield three years ago.

The team's last competitive game was a 2-1 home win over Murata back on February 22 so, similar to Oran Kearney's men, will be some way short of match fitness.

The only advantage Coleraine would have in this regard is the Irish Cup semi-final defeat to Ballymena plus a number of recent friendlies, including an encouraing 3-0 defeat of Glentoran at the Oval.

The Gialloblu, as La Fiorita are known, will be based in Limavady during their time in Northern Ireland.

They will return home on Friday.