Millar hopes Ballymena Utd can end season on a high 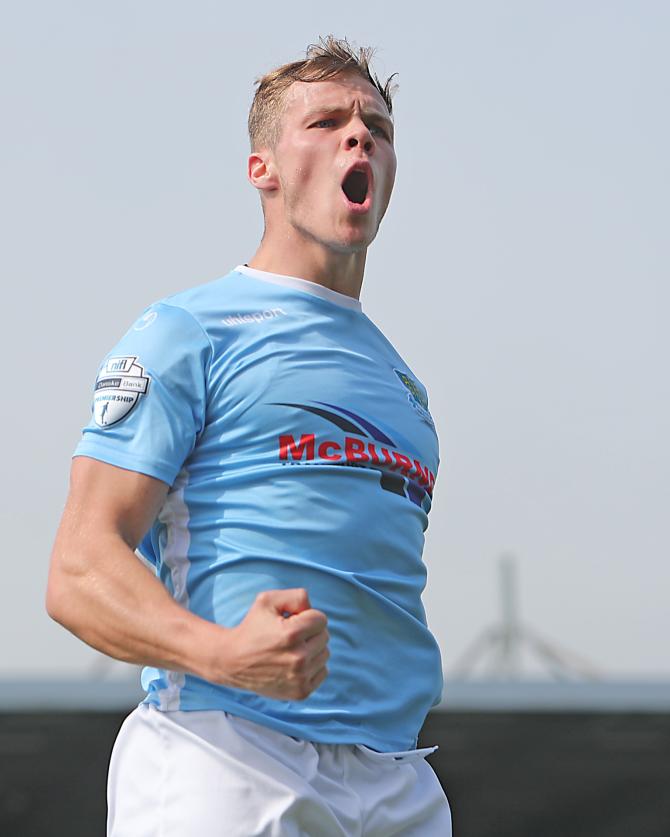 BALLYMENA United midfielder Leroy Millar believes the Braid club has a great opportunity to finish a disappointing season on a high with a win over Coleraine in this month’s Irish Cup semi-final.

And the Cullybackey man believes the enforced lockdown brought on by the coronavirus pandemic may play into David Jeffrey’s side’s hands.

He admits the club’s fiercest rivals would have been hot favourites going into the game if it had been played earlier in the year but acknowledges that circumstances may be different now.

“They were in great form,” he said, mindful of the Bannsiders’ victory in the derby game in March, the last game before lockdown.

“But in the semi-final I see it as a one game shoot-out.

“It’s been a long four months but we have an Irish Cup semi-final to look forward to and have the opportunity to finish the season on a high,” he added.

The two teams meet in the first of the two last four clashes at 4pm on Monday July 27.

The second semi-final sees the clash of Glentoran and Cliftonville at 8pm, with both games being played at the National Stadium at Windsor Park.

Both games will be played behind closed doors with BBC Sport NI showing both games live, as well as the final the following Friday (July 31).

The Bannsiders remain hopeful that striker Curtis Allen may be cleared to play in the game against Ballymena following the completion of his loan from Glentoran.